George Clooney just opened up about his twins, Alexander and Ella with wife Amal Clooney most especially about their personalities. It can be recalled that last June, the couple welcomed the twins and now, the actor is revealing more fun things about them.

In one of his recent interviews, PEOPLE claimed that Clooney did not hesitate to share things and updates about his twins. According to him, Alexander is a thug already and that he is a moose. This was because their baby boy just sits and eats while Ella is the total opposite of her twin brother. He then added that she is very elegant and all eyes just like her mother Amal.

When it comes to the names of their twins, George also revealed the reason why they opted to have normal and ordinary names for them. It can be recalled that one time, the actor joked about naming his twins after his tequila brand. According to him, he and Amal did not want to have really dumb names for their kids.

Then he added that later, his kids will be looked at a lot and watched and their every moved will be judged and this was one of the reasons they chose those names. George and Amal simply wanted to have a break when it comes to the names of their twins.

His revelation is not the first time George Clooney has opened up about being a father to his twins. It can be recalled that he admitted to being a diaper duty and getting puked on most of the times during one of his interviews too. With this, perhaps, George and Amal have their hands full with their bundles of joy.

Meanwhile, The Daily Beast reported that George shared about running for president as he talked about his latest directorial film, "Suburbicon". This much-talked movie is a dark satire exploring the race relation in America in the 1950s by exposing the plight of a black family. The said film also stars Matt Damon and Julianne Moore who will play the roles of sinful white neighbors.

At one point during the press conference, Clooney was asked if he would like to run for president in the future. The actor responded by saying that he likes anybody to be the next president of the United States as in right away. 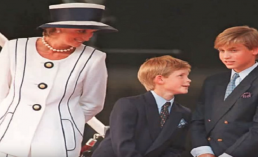 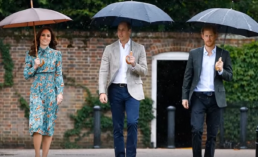 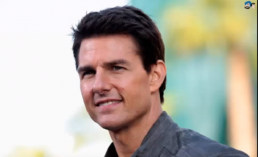