One fan learned the hard way not to mess with the wife of Ayesha Curry and her mothering skills.

Curry, who’s a television personality, celebrity chef, and the wife of Golden State Warriors star Steph Curry, blasted a fan on social media Monday after they came for the way she takes care of her and Steph’s two daughters, Riley and Ryan.

“…can the nanny get in the pic too?” the fan wrote. “We know you aren’t doing the heavy lifting yourself. Wasn’t Riley in this outfit 2 days ago? This pic wasn’t from yesterday. Great on your bro for that free trip.”

In true Ayesha Curry form, she responded with the classiest clap back possible.

“Definitely have a nanny and my mother helping me on the trip. I work a full time job on top of being a mom like many women do everyday,” Ayesha said. “Love every second of it. It takes a village to raise children. Assuming you don’t have any with cryptic and presumptuous comments like these. Please carry on and try your best to do it with positivity and a smile. Women can be mama’s and working women and be great at both. Don’t box us in.”

It’s no secret Ayesha has had plenty of moments like this when she can handle herself. And her husband is all for it. He even defended one of her latest Twitter rants when she accused the NBA of being “rigged” during the 2016 finals last summer.

As for Steph, he had nothing but great things to say about the love of his life during an interview with The Undefeated.

“When it comes to Twitter and all that, everybody says stuff where you get caught in the moment. After a while, you kind of stand and calm down. Things might not be as you thought… I don’t fault her for showing some emotion on Twitter.”

He also opened up about Ayesha’s father being profiled and mistaken for a man who tries to get behind gates using fake passes at NBA events.

“They kind of profiled my father-in-law and thought he was him. They threatened to arrest him before they checked out his credentials. It’s kind of an emotional and tough night all the way around,” he said, referencing the Warriors’ losing to the Cleveland Cavaliers causing a 7th game for that year. “That was kind of a traumatic situation where her dad almost got arrested. So it was kind of a tough situation to deal with in a hostile environment. All in all, it’s just a game. I hope everybody is alright.”

Keep up with Enstars for more on your favorite celebrities. 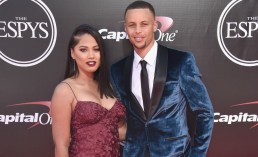 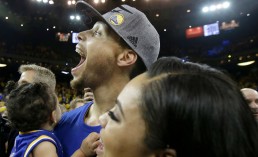