It’s no secret the Fast & Furious franchise is one of the greatest of our time. Now that Dwayne “The Rock” Johnson is reportedly in talks of doing a solo film based on his character, Luke Hobbs, his co-star Tyrese has made it clear he’s up in arms about it.

He took to Instagram to let The Rock and his nearly 9 million followers know about it.

In his latest message, he posted a photo of him and The Rock with the caption, “I don’t do email bruh. You got my cell same San Diego # hit me…”

Apparently that was Tyrese’s most recent attempt to get The Rock to answer his personal text messages. But this one was much more mild than what he said over the weekend.

He wrote, “I have never and will never have a problem with this major movie star he’s my brother…. I repeat ever ………. Bro just being honest I didn’t like Bay Watch lol – but I did rent out 2 full theaters and take a bunch of kids with my daughter from her #PrivateSchool to support Moana!!!!”

After throwing the quick shade he went on to say that The Rock doing a solo Hobbs movie would be a disservice to their famiy and fans.

“We do this on behalf of the families, the cast, the crew members who have been down and loyal to us for 15 years…. Everyone matters…When we shoot we all eat, when we eat we show up as a FAMILY display our love, our funny stuff, our story lines and HEARTS in every frame…”

He added that the Hobbs film could conflict with the production already announcing the release date for #Fast9, April 19, 2019.

Check it out courtesy of The Shade Room.

Tyrese sent an initial warning to Tyrese just days before this the rant above. “If you move forward with that #Hobbs Movie you will have purposely ignored the heart to heart moment we had in my sprinter – I don’t wanna hear from you until you remember what we talked about – I’m on your timeline cause you’re not responding to my text messages - #FastFamily is just that a family…….. We don’t fly solo”

The Rock has yet to respond to Tyrese. 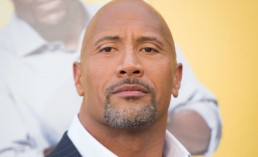