Sheree Whitfield is back for another season of The Real Housewives of Atlanta on Bravo. And while her love life with a man who is in prison is a key story line for her this time around, word is she had no idea it would be.

“Sheree feels blindsided over the discussion of the particulars of her romance with prisoner Tyrone Gilliams,” one source told Radar Online recently. “She has known Tyrone for decades and knew that Nene Leakes had knowledge of Tyrone and his criminal past. However, the discussions between the cast and inclusion of it as part of the show caught her by surprise.”

In the season 10 teaser, Leakes points out that Whitfield’s boyfriend is a scammer. Kandi Burruss even adds, “I hope he doesn’t con her out of Chateau Sheree,” referring to the mansion Whitfield has been working on building for the past few years.

The insider added, “When cast members Kandi Burruss and NeNe Leakes approached her about the rumors, she got defensive because she wasn’t comfortable going on record talking about their relationship. Sheree is skeptical because she doesn’t want the push back that former ‘RHOA’ star Phaedra Parks got for being romantically linked to a felon.”

They went on to say Whitifled is concerned her relationship will be manipulated to get more people to tune in.

“Additionally, in the trailer they edited audio for the federal correctional facility greeting over footage of her taking a phone call making her feel like the producers have some back door to exploit her relationship for ratings.”

In a previous interview, Whitfield shut down rumors that she and Gilliams are engaged and instead said they are “just friends.”

Gilliams is in the middle of a 10-year sentence at Yazoo City Low FCI. He was convicted for taking more than $5 million from investors. His release date is set for Nov. 14, 2022.

But the teaser looks like it might be a little more than that. Take a look below.

Whitfield and the ladies of The Real Housewives of Atlanta return to Bravo Nov. 5 at 8/7c. 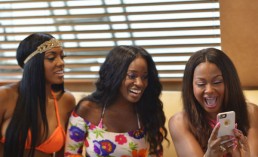 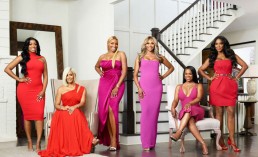