Lending a hand in all forms to those in dire need uplifts the spirit. But what if the help that is offered becomes rejected?

Former NSYNC boy band member Lance Bass is disappointed to know that he cannot donate blood to the victims of the recent Las Vegas shooting because of his sexuality. The singer confirmed in 2006 that he is gay and according to the FDA policy regarding blood donation, gay men are exempted from donating their blood.

The American Red Cross website mentioned that the Federal Drug Administration guidelines prohibit getting blood donation from gay men a year after their last sexual contact with the same gender. The admonitions have been updated recently and this policy conforms to the reduction in the dangers of spreading the HIV virus, Mirror reports.

Bass was not the only one who reacted to the FDA guidelines as more people, gay or not, took to social media their sentiments about the acceptance of donated blood from gay men.

LGBT advocate, speaker, and writer, Shane Bitney Crone tweets, "It infuriates me that gay & bisexual men can be turned away from donating blood in Las Vegas because of the @US_FDA's discriminatory policy."

People reports that the agency primarily initiated the policy in 1983 when the AIDS crisis began. During that generation, sciences have little information regarding how the disease spreads. Presently, the former American Association of Blood Banks along with American Red Cross and the America's Blood Centers are in unison about FDA's policy which is according to them as baseless in terms of science and medicine.

For now, Bass can only help the victims of the Las Vegas shooter, Stephen Paddock who reportedly killed 59 people and injured 527 in other terms but not by donating his blood. He said that he wanted to donate blood but was prohibited. Bass is currently married to the actor and painter Michael Turchin. 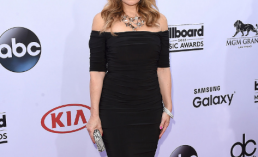 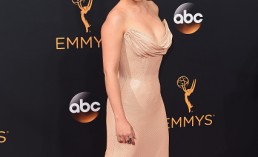