Kendall Jenner is in no rush to settle down, despite how her new romance with Blake Griffin may seem.

As the couple continues to spend time with one another in Los Angeles and New York City, a source claims that the 21-year-old model and Keeping Up With the Kardashians star isn't serious about committing to the athlete quite yet.

“He is super into her,” a source told People magazine on October 13. “She thinks he’s dorky and funny, but also cool and sexy. She thinks he has a certain attractive ‘swagger.’ They are seeing each other more and Blake is doing everything in his power to make Kendall his girlfriend, but she is keeping him at arm’s length because she knows how busy she is.”

“She’s always working and traveling and knows a full-blown relationship isn’t necessarily the best idea, but things are heating up and she is for sure enjoying dating him,” the source continued.

Jenner and Griffin were first seen with one another in August as they atteneded a Kendrick Lamar concert and a Travis Scott afterparty at Avenue nightclub. Since then, the couple has been seen enjoying a number of outings with one another in Los Angeles and recently shared a meal with a few of Griffin's friends in Beverly Hills.

“Kendall is keeping her options open,” a source previously told the magazine. “She’s still dating A$AP Rocky as well, but she and Blake are hanging out, and there’s potential there.”

To see more of Kendall Jenner and her family, tune into new episodes of Keeping Up With the Kardashians season 14 this and every Sunday night at 9 p.m. on the E! Network. 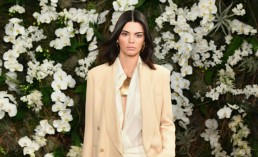 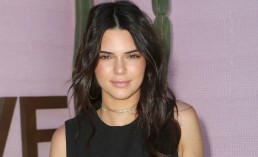 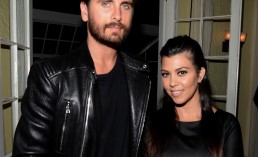