Ive had a bit of a bicycle accident and I’m currently waiting on some medical advice, which may affect some of my upcoming shows. Please stay tuned for further news. Ed x

The singer has got a lot happening in the upcoming days. He is presently on a global tour and is about to release his next set of dates for an extended leg. It is not clear as of now if the tour dates will be affected at all due to his injury. The "Shape Of You" singer is scheduled to perform at the Jingle Ball concerts along with a slew of artists like Taylor Swift, The Chainsmokers, Sam Smith, Demi Lovato, Logic, Niall Horan, Charlie Puth and Liam Payne. The concert will begin on Nov.28 and continue through till Dec.17. However, the singer is scheduled to perform only on Dec.1 and Dec.8.

The injury seems very minor and we can only hope that the singing sensation will return to the stage as soon as possible.He has had a lot of memorable and sweet experiences during his tours.In Miami, he dedicated a song to a baby and that was superbly adorable.The super busy Grammy award winner also along with his tour made appearances on the popular TV show "Game of Thrones " and also on Carpool Karaoke.

The talented singer's debut single apparently was inspired by his performance and visit to a homeless shelter when he was just 18 years old. The singer-songwriter had references of his experience there and wrote about addiction and homelessness and also some of the stories he heard in the song. However the song "Shape Of You " released earlier, surpassed Drake's 'One Dance' as Spotify's most-streamed song ever. The track has now gone five times platinum in the UK and with streams and downloads added together has sold over 3 million units. The song is now only behind Band Aid's "Do They Know It's Christmas?" and Elton John's "Candle In The Win",1997. These two are the most sold out record singles in the UK till date.

Check out the video from E! News: 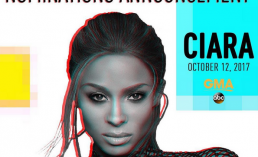