Kylie Jenner's boyfriend, Travis Scott, is reportedly doting on the 20-year-old Keeping Up With the Kardashians star as she awaits the allegedly upcoming birth of their baby girl.

According to a report by Hollywood Life on October 24, the rapper has been treating Jenner and their rumored baby-to-be with loving gifts and attention.

“Travis is being extra sweet, nice and romantic to Kylie during her pregnancy,” a source close to the reality star revealed. “He can always make her laugh by singing into her baby belly. Travis has been making up silly, loving baby songs to their unborn child and singing gently into Kylie’s tummy at night when they are alone in bed. Travis is giving his total effort into making Kylie feel special, sexy and loved during this pregnancy and it is totally working. He loves spoiling her.”

Jenner wasted no time moving on from her previous relationship with Tyga earlier this year and did so just weeks later with Scott. Then, just weeks after that, Jenner reportedly conceived her first child with her new man.

Luckily, despite their seemingly rebound relationship, Jenner and Scott appear to be quite happy with one another as they prepare for their alleged child's upcoming birth, which is rumored to be taking place sometime early next year.

“Kylie is blown away by how attentive Travis is being throughout her first trimester,” the source continued. “Travis has brought her a pregnancy gift box complete with organic teas, prenatal vitamins, ginger extracts and other natural homeopathic remedies for any morning sickness or cramps she may endure. Travis has also brought over tons of bath bombs, candles, lotions and other sweet things to pamper his pregnant girlfriend. He enjoys making her feel spoiled during this beautiful and magical time in their lives.”

In addition to Jenner's rumored pregnancy, her older sister Kim is expecting her third child, via surrogate, with Kanye West and her other sister Khloe is reportedly pregnant with her first child, the second for boyfriend Tristan Thompson.

To see more of Kylie Jenner and her family, including mom Kris Jenner and sisters Kourtney, Kim, Khloe, and Kendall, tune into new episodes of Keeping Up With the Kardashians season 14 on Sunday nights at 9 p.m. on the E! Network.

No word yet on whether or not Jenner's pregnancy will be addressed on the upcoming new episodes of the reality show. 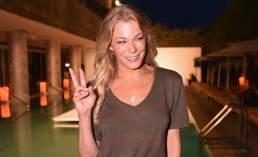 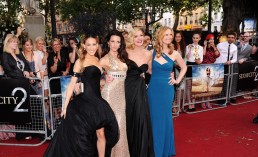 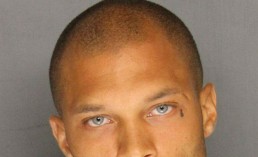