Iggy Azalea has made it clear she wasn’t and isn’t seeing NFL star Odell Beckham, Jr.

She took to Instagram Friday to shut down the recent reports that the two have been a secret item since earlier this year. “Stop trying to make me and Odell a thing. We weren’t dating back in May & we aren’t dating now,” she wrote. “I try my best to stay quiet and not let the things I see written throw me off; but today this s*** is taking a toll on my REAL, PRIVATE, LIFE and the people in it I care about in a way that’s got me losing sleep.”

She went on to call out all the sites that reported the two were just cuddle buddies.

“I can’t sit back and let you all drag my name in the mud talking about how I’m someone’s f*** friend, when I’ve done noooooothingggggg but mind my business. Keep my name out of your fan fiction, Soap opera, bored housewives bulls*** - Please! That s*** you say for fun & games really effects peoples real relationships.”

Us Weekly first reported that Beckham and Iggy were dating earlier this week. The publication said things for the couple started in May after they took a snapshot together with a group of friends. Paris Hilton and actor Chris Zylka were a part of the now infamous photo that took place at Bowlero in Los Angeles.

“They hook up, but are still hooking up with other people,” one insider told the publication.

This isn’t the first time Iggy has denied dating Beckham. She also made a statement to TMZ back in May, when speculation first started.

“I literally don’t even know Odell Beckham,” she said. I don’t. He was at my friend’s party and we took a picture with a bunch of people and that’s it. I don’t know him. I’ve not even had a conversation with him.”

She added that there really wasn’t a chance for them to spark up any type of romance and that they had “a long way to go,” before that could actually happen.

“I don’t watch football! I saw Lady Gaga [perform] at the Super Bowl, that’s it.”

Iggy has also been previously linked to French Montana. One of her most public relationships was with NBA star Nick Young. The two were actually engaged at one point. They eventually called it quits after cheating rumors made their way around the internet. 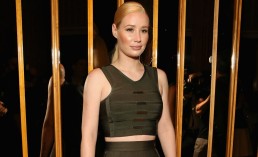 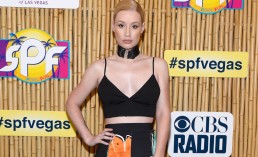 Iggy Azalea And Nick Young: Rapper On Ex Having Child With Former Girlfriend 'I Don't Even Know Who I've Been Loving' [VIDEO]