Heidi Klum has a reputation for slaying it every Halloween with her epic costumes and make-up so why should this year be any different?

The 44-year-old supermodel turned it up yet again this year as she showed up at her annual Halloween bash dressed as the werewolf from the music video of Michael Jackson's hit song, "Thriller," at the Magic Hour Rooftop Bar and Lounge and Moxy Times Square in New York City on Tuesday, Oct. 31.

"Michael Jackson's 'Thriller' video is so iconic and it is so fabulous that we had to redo that for Halloween so we're all learning this dance," Entertainment Tonight quoted Klum as saying. "Obviously, I'm not as good as Michael, no one ever will be as good as Michael, but I really tried my hardest."

Klum took nearly six hours to get ready for the party and shared a little sneak peak of her appearance with her four million followers on Instagram. The supermodel showed off her huge fake teeth, prosthetic chin and horns from the make-up chair in a selfie video but left the final reveal for her party on Tuesday.

Last year, Klum's Halloween costume included four other prosthetically enhanced clones of herself and she's not posing alone on the red carpet this year either. The model brought along a handful of flesh-eating zombies that looked like they had just walked out of MJ's music video.

Klum has been dubbed as the Queen of Halloween and rightly so! The Project Runway host outdoes herself year after year and plans her elaborate look several months in advance due to all the prosthetics and make-up that is involved.

"I always start in the summer," she told Hollywood Life in September. "It takes a long time to build things, especially when I have a lot of plastic pieces to be put on my face to change my face - they have to be built. Or if I have contact lenses that have to be made."

Klum always goes all out with her Halloween costumes and has spent more than 10 hours in the make-up chair and has hired Oscar-winning make-up artists to get the job done. She has previously dressed up as Jessica Rabbit, an old woman, a gigantic butterfly, a Hindu goddess, Cleopatra and more.

Check out Klum's Halloween costume below: 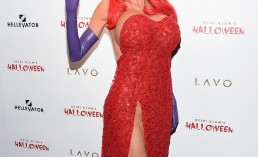 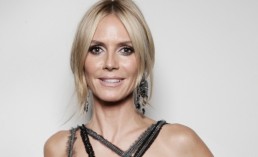 Heidi Klum Halloween 2015: What Will Model's Costume Be? She Teases Photo Hint On Instagram [VIDEO] 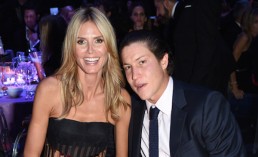 Heidi Klum News 2015: The ‘Queen Of Halloween’ Has Big Plans For This Year [VIDEO]