Member of Xscape and co-star of Bravo’s new reality series, Xscape: Still Kickin It, Tamika Scott, has taken to social media to speak on news that the group will make music despite fellow bandmate Kandi Burruss not wanting to continue. Scott had lots to say on Instagram after Burruss made it clear on the network’s Watch What Happens Live that she was not a part of the new music the group is slated to release.

Scott wrote a lengthy post via Instagram on Wednesday afternoon and shared her own thoughts with fans and followers on the appearance. She also addressed rumors that the group is breaking up for good, just months after the four members – Burruss, Scott, Tamika Scott, and Tameka “Tiny” Harris, promoted their reunion.

She opened up by speaking about the negative attention they received after the interview that many fans agreed were already awkward. Still, she went on to reassure fans that they are trying to get along to give them the reunion many have wanted.

Can Xscape Get It Together?

She also confirmed that all four members, including Burruss, will be hitting the stage for their The Great Xscape tour. Interestingly enough, Burruss has not said she won’t be touring with the ladies. Instead, she said she isn’t doing new music with the group. During the appearance, Burruss said she’s instead going to be going to Broadway and working on a few other things.

“As dysfunctional as we look behind the scenes, we are working as mature women to rebuild our friendship/and working relationships,” Tamika continued. “Yes, things take time and we are makings sure to give it just that. Nothing happens over night.”

She went on to share a message with those she considers their “real fans,” who have supported them. She simply told them, “Thank you!” before sharing her message with the doubters.

“To the judgmental few of you, keep your pointless penny thoughts to yourselves. Just know that God has Brought this back together and he is CONTROL. We will not disappoint you!!”

Me and the girls visited Watch What Happens Live, with @bravoandy this past Sunday and we got a lot of slack from the interview. We, Xscape, as a group are definitely working hard to give our fans an ultimate night to Remember performance for our Great Xscape Tour, with all Four original members @kandi @majorgirl @iamlatocha @therealtamikascott! As dysfunctional as we look behind the scenes, we are working as mature women to rebuild our friendship/ and working relationships. Yes, things take time and we are making sure to give it just that. Nothing happens over night. To our real fans that believes in us Thank You! To the judgemental few of you, keep your pointless penny thoughts to yourselves. Just Know that God Brought this back together and he is in CONTROL. We will not disappoint you!! Thank you!!! God Bless!!!#xscape #thegreatxscapetour #legends

Wendy Williams Chimes In, Too

One of their believers is none other than Wendy Williams. She spoke about the issues on her daytime talk show on Monday and said she believes Xscape is completely capable of being successful without Burruss. See what she had to say at the 10:35 mark here.

It looks like only time will tell what happens between the ladies. In the meantime, Xscape: Still Kickin’ It airs Sundays on Bravo at 9/8c. Be sure to keep up with Enstars for the latest. 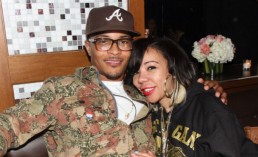 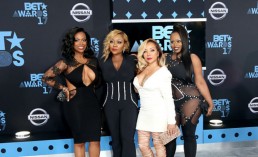