On the heels of Naya Rivera getting arrested for assaulting her husband Ryan Dorsey, the Glee alum filed for divorce. News reports state that Rivera cited irreconcilable difference in her paperwork. She is also seeking joint custody of her two-year-old son, Josey. The former girlfriend of rapper Big Sean also blocked Dorsey or herself from seeking spousal support.

The Second Time Around

On November 25, Rivera allegedly hit Dorsey in the head and lip with a cell phone. Rivera was later arrested for domestic battery and Dorsey was sent to the hospital. The day before, on November 24, Rivera listed that the two were separated.

The couple married on July 19, 2014, the same day Rivera was scheduled to marry "IFWU" hip-hop artist Big Sean. The singer began dating the Detroit celebrity in 2013 and became engaged to him six months later. In Spring 2014, the two unexpectedly separated. The rumor mill swirled with allegations that Big Sean cheated on the actress. However, those proved to be false when the rapper revealed that he called off the wedding because Rivera was severely jealous and controlling. He repeatedly stated that infidelity was not the cause of why they were no longer together. Rivera also accused the G.O.O.D Music artist of stealing a Rolex from her. However, that proved to be false because the item belonged to Big Sean.

In November 2016, Rivera filed for divorce from Dorsey and four months later was seen heating things up with 53-year-old comedian David Spade. It is not confirmed when the two ended their relationship but they were last seen together in May. In August 2017, Spade was seen kissing another woman.

The Daily Mail reports, Spade and Rivera met on the set of Mad Families.

After her rendezvous with Spade, Rivera called off her divorce to Dorsey and reunited with him this Fall. In a recent interview, Rivera shared that she was happy her family was back together. Unfortunately, their reconciliation was short lived due to Rivera's abusive stint.

Pretty sure Big Sean has this reaction right now: 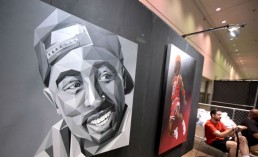 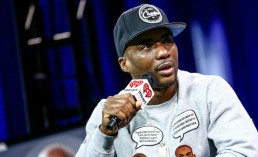 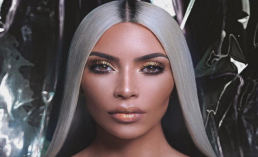