Adult film star August Ames passed away on Tuesday, Dec. 5 from an apparent suicide. She was 23 years old.

Ames' husband confirmed the news of the actress' passing via a statement. Toxicology reports are still being conducted, so no official cause of death has been revealed, but there is no evidence of foul play.

"She was the kindest person I ever knew and she meant the world to me," said Kevin Moore, Ames' husband. Moore works as an adult film director.

Even though Ames' official cause of death is still undetermined, her friends claimed that she had been battling depression for quite some time. Her peers also believe that a recent online bullying incident triggered her decision to take her own life.

Just hours before her demise, Ames told her social media followers that she won't apologize for stating her stand on the issue loud and clear. She also said that her intentions were not malicious, so everyone should just let her be.

Following Ames' death, some of her friends took their thoughts to social media to accuse the online bullies of encouraging her to commit suicide. Initial reports claimed that Ames died of hanging in her Ventura County home.

"Online harassment is a real thing and it claimed another life. Someone who I liked and would have even called a friend," wrote Albrite.

Omg,I can’t believe she’s dead. You people should have known better than to berate her over her personal thoughts! Shame on all you for beating it into the ground. Online harassment is a real thing & it claimed another life. Someone who I liked & would have even called a friend!

Film producer and director Jules Jordan was also surprised to learn about Ames' sudden death. She said that Ames was one of the best and nicest people she has ever known in the business.

Ames, whose real name is Mercedes Grabowski, was born in Canada. She received two AVN awards and starred in 270 films since she joined the industry in 2013. 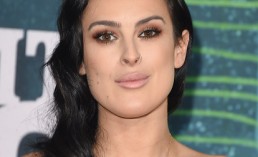 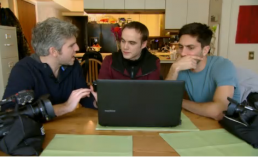 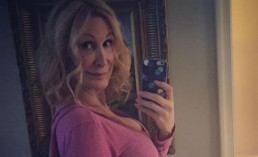