Gwen Stefani recently taped an interview for The Ellen Degeneres Show and during the interview, she was, of course, asked about her boyfriend's new title of "Sexiest Man Alive."

Following People magazine's announcement of the honor, Stefani spoke to Degeneres on her talk show about her boyfriend, Blake Shelton, their relationship, and what she finds sexiest about him.

“If you think about it…what defines sexy? It’s really so personal. And for me, it’s really that big old heart and that sense of humor,” Stefani said, according to a report by Hollywood Life on Dec. 8. “He doesn’t even take himself seriously, and he’s such an incredible person, so it works out. That’s sexy, to me it is.”

Stefani and Shelton began dating one another at the end of 2015 and appear to be acting like a family with her three kids, 11-year-old Kingston, 9-year-old Zuma, and 3-year-old Apollo.

However, despite the seriousness of the relationship, the couple is not yet engaged. That said, a source previously told Hollywood Life that Stefani loves how close Shelton has gotten to her kids.

Stefani also recently told Marie Claire that and she and her sons love to “cook and get muddy and dirty” with Shelton.

“Being a mother of three boys, it’s kind of the perfect place,” she said.

Stefani and Shelton began dating months after her 13-year marriage to Gavin Rossdale, the father of her three sons. At the time of Stefani's divorce, she and Shelton were beginning to film the ninth season of The Voice and because he was also going through a divorce, they bonded.

Stefani and Shelton have continued to grow closer in the years since going public with their relationship and on The Voice, they've openly flirted with one another during a couple of the latest seasons.

As for their future, rumors have been swirling in regards to the possibility of a pregnancy but so far, Stefani does not appear to be with child. That said, with no children of his own, Shelton would likely love to start a family with his girlfriend at some point in time.

“Gwen desperately wants a girl, and Blake is on board, as long as it’s a healthy baby,” a source told the publication. 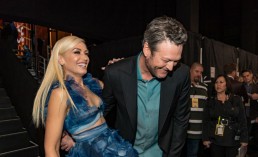 Is Gwen Stefani Pregnant And Sporting A Baby Bump? 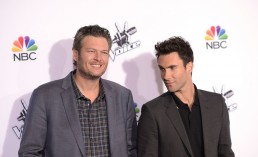 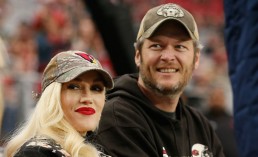 How Will Gwen Stefani And Blake Shelton Celebrate Thanksgiving?