Hip-hop Queen of Versatility, Missy Elliott, will be honored next year by Essence Magazine at their Black Women in Music celebration.

Queen Of Hip-Hop And Rap

For three decades, Elliott has redefined hip-hop and rap music. She has released six studio albums, plus recorded some of her greatest hits such as "Get Ur Freak On," "One Minute Man," and "Work It."

"The artistry of Missy Elliott cuts across generations---underscored by her vast creative accomplishments and contributions to the culture," said Vanessa De Luca, Essence editor-in-chief. "So prolific is her work, she is an inspiration to women all over the world."

The Queen of Collaborations

Throughout her career, Elliott has helped mentor superstar R&B artists such as Beyoncé, Fantasia, and Mariah Carey. In addition, Elliott's longtime friendships with both visionary Hip-hop producers Timbaland and Pharrell Williams have inspired her to expand her versions as she crossed over and worked with top pop music royalty.

Madonna, Britney Spears, Christina Aguilera, and Janet Jackson are among some of the artists that greatly benefited from working with Elliott.

Elliott also experienced maximum exposure on a global scale when future American Idol judge Katy Perry invited her to perform with her at the Super Bowl XLIX Halftime Show. Elliott performed a medley of hits including "Get Ur Freak On," "Work It," and "Lose Control" while the "I Kissed a Girl" singer-songwriter served as her hype girl.

Elliott's Super Bowl performance also inspired America's Next Top Model host Tyra Banks. She stated that Elliott would be her inspiration for the show's famous TYovers.

Elliott continued to expand her brand to a new audience when Williams invited her to advise his team during The Voice Season 9. The duo also performed their latest collaboration "WTF (Where They From)" during the season finale on Dec. 15, 2015.

Elliott tweeted to her fans when the news about her honor broke on Dec. 14, 2017.

"I am humbly grateful that Essence will honor me at Black Women in Music," Elliott wrote. "I couldn't be more thankful and excited to receive this recognition."

The ceremony is expected to take place on Jan. 25, 2018 at New York City's Highline Ballroom. 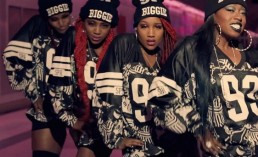 See Missy Elliott’s ‘WTF’ (Where They From) Music VIDEO Comeback 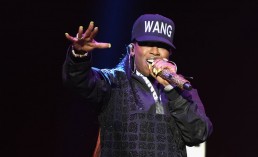 Missy Elliott New Music: Rapper Drops VIDEO For 'WTF (Where They From)' & Fans Are Loving Her Return [WATCH] 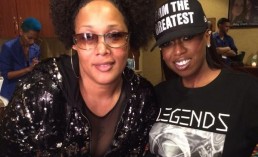