Scott Disick is reportedly planning to star in his own spinoff reality show.

As his appearances on Keeping Up with the Kardashians continue to become less frequent, the father of three and ex-boyfriend of Kourtney Kardashian is said to be doing what he can to launch his own series and keep his money flowing.

According to Life & Style magazine, Disick, who used to make $500,000 per episode of Keeping Up with the Kardashians, is reportedly scrambling for cash due to his “out-of-control spending sprees.” As the magazine explained, Disick has become known for his pricey taste and recently spent a whopping $15,000 on a pair of tennis shoes.

Disick also frequently shares photos of his lavish attire, including his diamond-studded watches, and his many luxury vehicles and rides on private jets. However, as the outlet explained, Disick's earnings have dropped substantially in recent years, and his appearance fees continue to drop as well.

“He wants to make his own show with his girlfriend, Sofia [Richie],” a pal revealed. “Scott just wants to make a fast buck so he can continue living the lifestyle he’s become accustomed to.”

Disick, 34, began dating model Sofia Richie, 19, earlier this year, and according to a recent report, she's been frequently treating him when they go out. In fact, one report weeks ago suggested that Richie was actually paying some of Disick's bills.

“Whenever they’re out to dinner she’ll whip out her Amex when the check comes, and Scott doesn’t have a problem with that,” an insider told Radar Online. “Scott has barely paid for anything since they started dating. It’s pretty sick.”

As for Kardashian, she is currently involved in a romance with model Younes Bendjima, whom she first met at the end of last year in Paris, France. As fans may recall, Kardashian addressed her new relationship for the first time on Keeping Up with the Kardashians season 14 and admitted that Bendjima helped her out a lot in the moments that followed Kim Kardashian's highly publicized robbery in October 2016.

To see more of Scott Disick and his family, including former girlfriend Kourtney Kardashian and their three kids, tune in to the remaining episodes of Keeping Up with the Kardashians season 14, which will return to E! Network on Jan. 9 at 9 p.m. 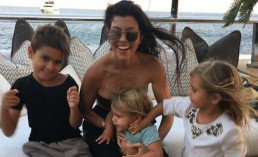 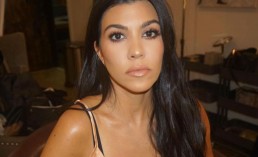 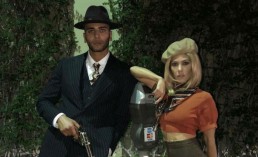