After decades of speaking on the abuse that he endured as a young teen, actor Corey Feldman may finally be getting the platform he deserved. Feldman claimed that while he was a young rising star during the 1980's, he and his close friend, the late Corey Haim, were victims of an underground pedophilia ring, ran by certain moguls in Hollywood.

Feldman's accusations were met with backlash, criticism, and even threats. The former child star's career also suffered, as it was difficult for him to find work. Nonetheless, Feldman never relented and stuck to his story. Now, in the midst of the sexual harassment epidemic that is currently sweeping through the entertainment industry, Feldman is once again bent on taking down the men responsible for ruining his life.

The actor created The Truth Campaign, a documentary he plans to produce and film himself, that will take a further look at the claims Feldman has made. Feldman has also revealed the names of two of the men who he claims sexually abused him.

Lifetime will also be exploring the actor's accusations and his rise to stardom in an upcoming biopic slated to be released in 2018.

A Tale of Two Coreys

Lifetime's next biopic, A Tale of Two Coreys, will follow the lives of Feldman and Haim, who became friends after starring in the 80's classic, The Lost Boys. The two were dubbed, "The Two Coreys", and went on to star in seven films together. The two friends were considered teen heartthrobs throughout the 80's and quickly rose to fame.

The upcoming TV film will give a more personal look at what the two actors faced and will also touch on some of the moments in which the two were allegedly abused.

"Because it is a TV movie they couldn't go into specifics-like when it came to who Haim's actual abuser was, we had to sugar coat that and present it in a more TV applicable that way," Feldman stated.

The movie stars Elijah Marcano and Justin Ellings as Feldman and Haim respectively.

Feldman mentioned that even though he is happy with the steps taken by the LAPD and The Truth Campaign, it has been difficult for him reliving these painful moments.

"I'm not going to say it doesn't affect me at some core level, every once in awhile it does. I feel like I let so much of the hate just roll off my shoulders. I have found a peaceful life," he concluded.

Check out the official trailer for the movie below! 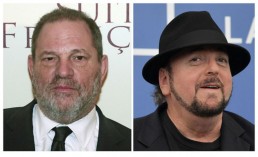 The LAPD Are Reportedly Investigating 28 Sex Crime Cases In Hollywood 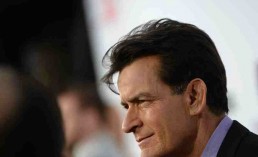 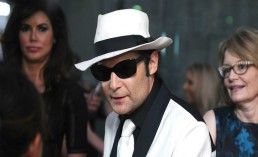