Nine-time Grammy Award winner Mary J. Blige will receive a star on Hollywood's Walk Of Fame on Jan. 11, 2018. This is a great day for Blige to receive her star as it also her birthday.

According to Variety, Hip-Hop pioneer and entrepreneur Diddy is set to take part in the ceremony that will unveil Blige's star. The singer and songwriter will be placed in the recording category, despite her roles in film and television.

January will be an eventful month for Blige as she will also attend the Golden Globes on Jan. 7. The Queen of Hip-Hop Soul will be one of the dozen females that will wear black to the awards.

In an interview with Billboard, Blige stated that she has made the decision to stand with those women who have experienced sexual misconduct.

"I am one of those women, so, you know, I don't want to go into detail about that and I haven't, but I am, and I stand with those women, I champion them," Blige said.

Receiving a star on Hollywood's Walk of Fame won't be the only monumental moment for Blige. The icon has also been nominated for a Golden Globe for her Supporting Role in her latest film, Mudbound.

Mudbound is a drama film set in the South during World War II in which two families were pitted against each other by a ruthless social hierarchy but bound together by the shared farmland of the Mississippi, Delta. While Blige stars as, Florence Jackson in the film, actors such as Carey Mulligan, Garett Hedlund and Straight Outta Compton's, Jason Mitchell also star in the film. Mudbound made it's debut on Nov. 17, 2017, and is currently available to stream on Netflix.

The multi-platinum artist has also been nominated for a Crtics' Choice Movie Award for Best Supporting Actress and the Screen Actors Guild Award for Outstanding Performance by a Female Actor in a Supporting Role. 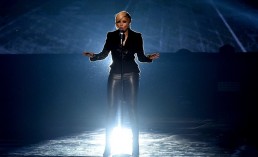 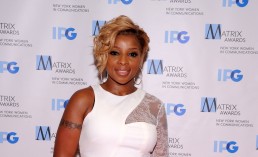 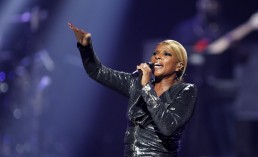