Kendall Jenner and Blake Griffin are reportedly doing well as they maintain their long-distance relationship just months into their super secretive romance.

According to a new report, Jenner and Griffin don't see a whole lot of each other due to their busy schedules, Jenner with her modeling and Griffin with his career in the NBA. But despite their hectic lifestyles, they are doing quite well.

“Things are great between Kendall and Blake,” an insider revealed to Hollywood Life on Jan. 7. “They’re both committed to their career first, and relationship second, so they have a great understanding between them, and they’re cool with keeping things casual for now.”

Jenner and Griffin were first seen spending time together in August of last year, just weeks after Jenner was last linked to her rumored ex-boyfriend ASAP Rocky. As fans of the 22-year-old Keeping Up With the Kardashians star and model will recall, Jenner was linked to the rapper for about a year and a half but never confirmed that they were actually dating. Jenner was also linked to Los Angeles Lakers player Jordan Clarkson at the same time but also never confirmed the nature of their relationship.

As for what the future may hold for Jenner and Griffin, the insider claimed that Jenner has no plans to take any major steps with Griffin quite yet. Instead, Jenner is planning to continue to focus on her modeling career.

“She has absolutely zero intention of getting pregnant anytime soon, as she’s super into her career right now," the source continued. "Kendall’s New Year’s resolution is to up her modeling game even further, and to become one of the most successful and sought-after supermodels in the world."

As fans have likely heard, Jenner is no longer spending time on updating her app or her website. She's only concerned with furthering her modeling accolades.

As for Griffin, he's focused on his career with the Los Angeles Clippers despite his recent injuries. He also continues to coparent his two kids, 4-year-old Ford and 1-year-old Finley, with his ex-fiancee Brynn Cameron.

To see more of Kendall Jenner and her family, including her sisters, Kim, Khloe, and Kourtney Kardashian, and Kylie Jenner, tune into episodes of Keeping Up With the Kardashians season 14 on Sundays at 9 p.m. on the E! Network. 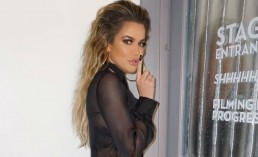 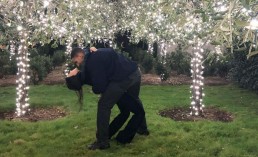 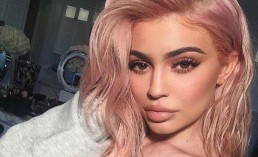