When fans got wind of an online rumor claiming Kylie Jenner was in labor, Twitter immediately launched into a frenzy over the idea that Jenner's baby girl had finally arrived.

Although Jenner has kept her pregnancy under wraps for the past several months and is expected to give birth sometime soon, she wasn't in labor at the time the rumor began. Instead, as a new report reveals, she was still pregnant and completely shocked at the response of her fans online who believed the rumor may be true.

“Kylie is pretty blown away by quite how much people seem utterly obsessed with her pregnancy, it’s like no other 20-year-old has ever given birth before,” a source close to the Kardashian family revealed to Hollywood Life on Jan. 13.

Jenner began dating Scott in the spring of last year just weeks after her breakup from Tyga was announced. Then, weeks after that, she became pregnant with her first child.

Jenner was seen publicly for the first few months of her pregnancy but in recent months, she hasn't been seen in public at all. That said, she has shared several images of herself on Instagram, none of which have showcased any signs of a baby bump. Aside from that, Jenner has reportedly been keeping to herself for the most part, even when it comes to her online activities.

“She’s been trying to keep off line as much as possible, but she couldn’t escape all the speculation yesterday as her phone started ringing as soon as the rumors started,” the source added. “Kylie just takes it all with a pinch of salt, and finds it pretty amusing, although she is hoping all the interest is going to ratchet down a notch once the baby is here, because otherwise it’s just going to be insane every time she leaves the house.”

As they await the birth of their first child, Jenner and Scott have been faced with rumors of engagements and breakups.

As for the upcoming birth of her baby, Jenner is reportedly planning to sell the first photos of her child.

To see more of Kylie Jenner and her family, including her sisters Kendall Jenner and Khloe, Kourtney, and Kim Kardashian, don't miss the new episodes of the 14th season of Keeping Up with the Kardashians on Sunday nights at 9 p.m. on the E! Network. 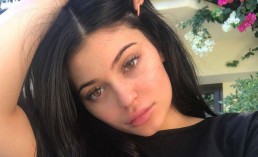 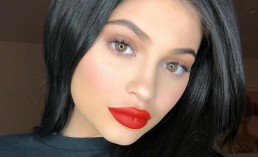 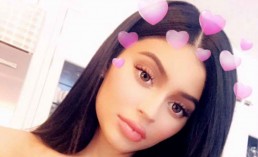 Kylie Jenner and Travis Scott Not Engaged Despite Rumors