The Sundance Film Festival is finally here and as celebrities head to Utah to celebrate independent filmmaking and raise awareness for important causes, this year promises to be glorious and glamorous.

A-listers such as Jennifer Hudson, Usher, Robert Pattinson, and Jake Gyllenhaal are set to stop by to promote their upcoming projects. While the festival focuses on the past year in cinema, this year has a plethora of intriguing films that could possibly break big.

The drama film follows the story of Steve Harmon (Kevin Harrison Jr.). He is a 17-year-old honor student and aspiring filmmaker who is wrongly accused of acting as a lookout in a lethal robbery.

As if being a black man inside the system wasn't enough, Steve and his lawyer must find a way to prove his innocence. Jennifer Hudson, Jeffrey Wright, and Jennifer Ehle also star in the film.

Actors Joaquin Pheonix and Rooney Mara will share the big screen twice this year in their upcoming films Mary Magdelene and in Gus Van Sant's Don't Worry, He Won't Get Far on Foot.

The film is based on the life of Portland cartoonist John Callahan who ends up in a wheelchair after waking up from a dramatic car accident.

Following his performance in Mudbound, Garrett Hedlund stars as Mike Burden. The film takes place in 1996 in South Carolina.

Burden tries to rise through the ranks of the Ku Klux Klan under toxic leader Tom Griffin (Tom Wilkinson) but ends up falling for a single mother who stirs his social and emotional outlook on life. Burden soon befriends Reverend Kennedy (Forest Whitaker) and is given a shot at redemption.

'Sorry to Bother You'

Rapper Boots Riley finally gets his directorial debut and he made sure he grabs everyone's attention. Atlanta's Lakeith Stanfield plays a humble telemarketer, who sudden climbs the corporate ladder.

His girlfriend, Detroit (Tessa Thompson), is skeptical, but his cocaine-happy boss (Armie Hammer) takes a liking to him and that's when things get wild.

Actress, Chloë Grace Moretz plays a small-town Montana high school student who is sent to therapy when she is caught with another girl on prom night in 1993.

As 2018 Academy Awards approaches, it's hard not to make a prediction when 2017 had a slew of groundbreaking films. From The Shape of Water to Get Out, and Mudbound, these films may possibly score big at the 90th ceremony.

Films such as The Post, Call Me By Your Name, and Lady Bird also managed to make a stamp in 2017. Luckily, the nominations will be announced on Jan. 23, but the official showdown will take place on March 4. 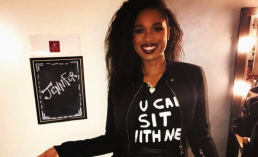 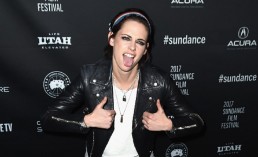 Kristen Stewart Hooks Up With Chloe Grace Moretz In A New Girlfriend Angle, Discards Stella Maxwell According To Reports