The Transformers: The Last Knight  team woke up to bad news that no one in the film industry would ever want to hear.

The film's leading man, Mark Wahlberg, picked up a Worst Actor nomination for his work in both Transformers: The Last Knight and Daddy's Home 2. The nominations come at the most inopportune time for Wahlberg as he is still facing backlash for his 'divo' antics while he re-filmed several scenes for All the Money in the World.

Universal Pictures' latest reboot of the horror classic, The Mummy, received seven nominations. Tom Cruise received a nomination for Worst Actor, while actress Sofia Boutella who portrayed the title role earned a spot in the Worst Supporting Actress category. It also picked up a nomination in the Worst Remake, Ripoff or Sequel category. Director Alex Kurtzman scored a Worst Director nomination, while the film earned a Worst Screenplay nomination.

The Golden Raspberry Awards also nominated a plethora of A-list performers to receive their award. Oscar winners and Mother co-stars Jennifer Lawrence and Javier Bardem were nominated for Worst Actress and Worst Supporting Actor, respectively. The award organization also "honored" Bardem for his work in Pirates of the Caribbean: Dead Men Tell No Tales.

The Golden Raspberry Awards are expected to be handed out on Saturday, March 3, one day before the 90th Academy Awards. 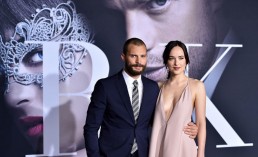 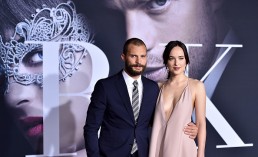