Taylor Swift just found herself at war with a music legend. Quincy Jones has called out the "Bad Blood" singer-songwriter on her tunes.

Quincy Jones aired his grievances with Taylor Swift in a new interview with GQ Magazine.

When the magazine openly asked him about sharing the recording studio with the "Look At What You Made Me Do" singer, Jones gave the GQ interviewer a look that could be best described by Entertainment Weekly as "somewhere between disapproval and distain."

Jones also questioned the interviewer when he called Swift the greatest songwriter of our time.

The producer behind music's all-time greats such as the late Ray Charles, Frank Sinatra, and Michael Jackson stated that Swift needs to do extra work regarding creating hits that would last the test of time.

"A great song can make the worst singer in the world a star. A bad song can't be saved by the three best singers in the world. I learned that 50 years ago," said Jones.

Outside of his disagreement with the "Shake It Off" singer, Jones has only been in one significant fight as he sued the Michael Jackson estate for $10 million in 2013. Jones was not awarded any movie from both the This is It soundtrack and Bad 25. A jury awarded him $9.42 million in damages last year.

While Swift's representatives have denied a feud with Jones, other artists and music industry insiders have reported "Bad Blood" with the Grammy-winning singer-songwriter.

After a brief fight that escalated in the tabloids at the end of 2016, Selena Gomez and Taylor Swift have rekindled their friendship after Gomez was hospitalized with lupus last year.

Longtime rival Katy Perry announced that she ended her feud with Swift in June 2017. The "Swish Swish" singer apologized in a conversation with Ariana Huffington and added that she was ready to move on with her life. There is no word if Swift has accepted Perry's apology.

Then there are the Kardashian-Wests. Ever since the "Gold Digger" rapper stopped Swift from accepting Best Female Video for "You Belong With Me" at the 2009 MTV Video Music Awards, Swift and West have dueled on social media and in the tabloids. Despite the fact that the duo negotiated a ceasefire, Kim Kardashian-West reignited her husband's fight with Swift when she took a Snapchat video of West talking to Swift as she gave the rapper permission to mention her and insult her in his 2016 song "Famous." 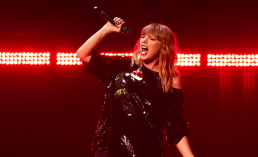 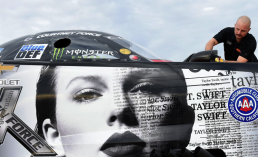 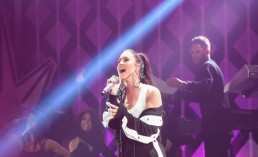