Blake Griffin got traded from the Los Angeles Clippers to the Detroit Pistons earlier this week, which according to a new report is completely okay with his rumored girlfriend, Kendall Jenner.

While Jenner and Griffin have been spending time with one another for the past several months and seemed to be in a committed relationship just a short time ago, an insider claims the 22-year-old model and Keeping Up WIth the Kardashians star is relieved to see Griffin heading out of town.

“Kendall Jenner is secretly relieved and happy Blake got traded,” a source close to the model told Hollywood Life on Jan. 29. “Their relationship was never very serious and there was always a bit of distance between them. She saw the problems in the relationship and knew she was going to have to break up with him eventually but this makes it easier as she can just let the relationship fizzle out.”

Just weeks before Jenner and Griffin began stepping out together in August of last year, they were both believed to be dating other people. As fans may recall, Jenner was thought to be dating rapper A$AP Rocky from about Feb. 2016 until shortly before she stepped out with Griffin, and Griffin was involved in a years-long romance with Brynn Cameron, the mother of his two children.

Jenner was also linked to Los Angeles Lakers player Jordan Clarkson during her time with A$AP Rocky and at times, many fans were left confused about who exactly the model was dating -- if she was dating either man.

News of Griffin's trade to the Detroit Pistons came just weeks after another Hollywood Life source said his relationship with Jenner was fizzling out.

“Blake considers himself single,” an insider explained. “He and Kendall have decided they are on a break that is leaning towards a full breakup. It’s not that they are mad at each other or won’t see and talk to each other again, but their priorities are career-oriented right now."

Around the time of the report, Griffin was seen with a mystery woman in Los Angeles.

To see more of Kendall Jenner and her family, including her sisters Kylie Jenner and Kim, Khloe, and Kourtney Kardashian, tune in to new episodes of Keeping Up With the Kardashians when the series returns to the E! Network on Feb. 11, Sunday, at 9 p.m. 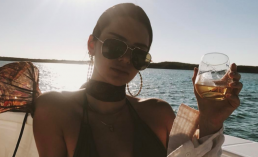 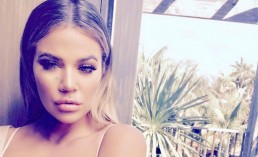 How Was Khloe Kardashian's Pregnancy Kept A Secret For So Long? 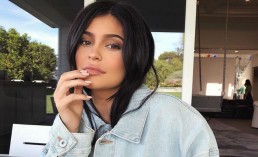