Fans can now stop guessing what Kylie Jenner will name her daughter. On Tuesday, Feb. 6, the new mom revealed that she has named her daughter, Stormi.

Jenner took to her Instagram to share a photo of her baby girl's fingers wrapped around her finger.

The Keeping Up With the Kardashians star captioned the photo, "Stormi" with an angel emoji.

Then on Monday morning, Instagram users thought Kris Jenner dropped a hint regarding the newborn's name when she posted a photo of a limited edition Kylie Cosmetics lip kit, called "Posie K." The Instagram users assumed that Posie K was short for Mariposa, which is a Spanish word that translates to "Butterfly."

Following Jenner's post, Kylie took to her Snapchat to post several photos of flower arrangements she received from her family and friends celebrating her daughter's arrival.

While fans were shocked to see that the cosmetics mogul returned to the app, they still managed to notice something really peculiar.

Jenner's big sister, Khloe Kardashian had the most unique arrangement as she sent her little sister a huge arrangement of pink, purple, and white flowers that were in the shape of a letter "C." Fans immediately began to predict that the first time mom chose a "C" name for her baby.

Well, all of the popular theories can be put to bed now as the newest Kardashian-Jenner member's name is Stormi.

As previously reported, the reality star took to Instagram to confirm the arrival of her daughter on Feb. 4, just hours before the Super Bowl. Jenner posted a sincere message stating that her baby girl arrived and explained why she decided to keep her pregnancy a secret for so long.

Stormi arrived at 4:43 p.m. on Feb. 1 weighing in at 8 pounds and 9 ounces. Although Kylie has officially confirmed her daughter's name, there's still no word on what her last name will be. Travis Scott's real name is Jacques Webster and of course Kylie's last name is Jenner. Maybe they will hyphen? 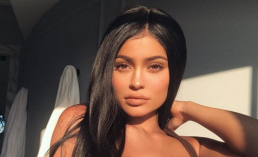 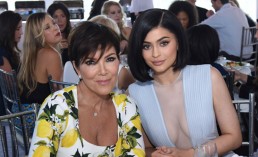 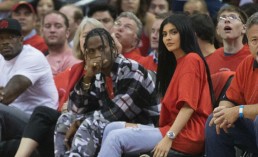