Quincy Jones is one of the most respected figures in pop culture. Having worked with some of the best artists, the singer has stories to tell.

Jones Takes On The Legends

The 28-time Grammy-winning hitmaker sat down for an interview with Vulture to discuss his life and his memories of some of the most memorable figures in popular culture.

However, the interview was filled with odd statements.

Jones stated that the late Michael Jackson was "greedy" and claimed that he stole music. The Off the Wall collaborator openly called out the "Man in the Mirror" singer-songwriter's addiction to plastic surgery.

He also shared his honest opinions regarding The Beatles.

"They were the worst musicians in the world. They were no-playing motherf---ers. Paul was the worst bass player I have ever heard. And Ringo? Don't even talk about it," Jones told the news magazine.

Jones also stated that the Microsoft co-founder Paul Allen could play and sing like Jimi Hendrix. He also believed that his longtime friends, U2, should stop making music. Also, he stated that Cyndi Lauper stirred up trouble during the iconic recording of USA For Africa's "We Are The World."

He also talked about his longtime friends, the Clintons, and almost revealed some of the potentials that the former U.S. Secretary of State and former Democratic Party Presidential candidate might have hidden from the public.

Jones also advised his longtime friend and talk show icon Oprah Winfrey not to run for president. Winfrey denied her bid for the White House in an interview with InStyle Magazine.

Probably the most shocking revelations that Jones unearthed in his interview was his connection to the First Daughter, Ivanka Trump. He claimed that he dated Trump 12 years ago.

"Tommy Hilfiger, who was working with my daughter Kidda, said, 'Ivanka wants to have dinner with you.' I said, 'No problem. She's a fine motherf---er.' She had the most beautiful legs I ever saw in my life. Wrong father, though," Jones told the magazine.

Outside of the revealing Vulture interview, Jones has been very active in public eye.

Recently, he criticized Taylor Swift in an interview with GQ Magazine. The music icon stated that the "Look What You Made Me Do" singer-songwriter should not be writing hooks.

Jones also paid homage to his longtime friend Lionel Richie at the Kennedy Center Honors in 2017. 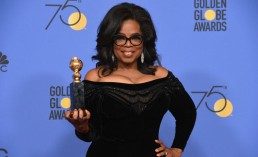 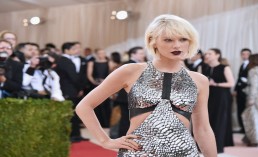 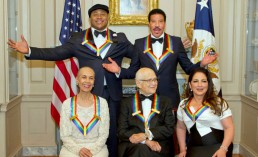