Mathew Knowles has been extremely chatty lately and based on new reports, he won’t be quieting down anytime soon. He is said to be coming out with a book that will tell the truth on the rise and disbandment of Destiny’s Child.

Knowles, who is the father of Grammy-Award winning music icon Beyonce, was also the manager of Destiny’s Child in its glory days. He has since had many side-eye worthy moments, and this is reportedly his latest.

The book already has a working title, Destiny’s Child: The Untold Story. Knowles revealed the book will be released sometime this year or in early 2019.

Interestingly enough, he said it will consist of, “a lot of interviews. It won’t just be me talking.”

Will It Reveal The Group's Real History?

The question is, who will be speaking out about what fans have been itching to know for years: what really happened when Destiny’s Child lost two of its original members, LeToya Luckett and LaTavia Robertson, and gained two others, Michelle Williams and Farrah Franklin. Franklin ultimately couldn’t handle the pressures of the group so Destiny’s child continued with Beyonce, Kelly Rowland, and Williams until the ladies decided to go their separate ways.

Letoya Luckett Already Shared Her Side

“People always say, ‘When you left…’ I hate when people say, ‘When you left,’” said Luckett in an interview previously. “Why would I leave Destiny’s Child? Ask yourself that before saying that. I didn’t leave. It was a decision that was made and that’s the end of that…Trust me I went out kicking and a screaming.”

While there have been reports that Luckett and Roberson didn’t know they were out of the group until the new Destiny’s Child, then with both Williams and Franklin, released a video for the single Say My Name  in 1999, it’s still Robertson and Luckett’s vocals on the song along with Beyonce and Rowland.

Beyonce has also had issues with her dad after her Destiny’s Child days. She ended up firing him as her manager back in 2011 amid claims that he had stolen from her. Even though he has denied the rumors, she has yet to bring him back on her team. 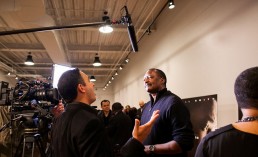 Mathew Knowles Talks Colorism, Says Beyonce Is Successful Because She Has Lighter Skin Than Other Black Women 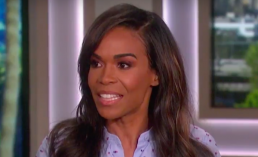