Actor Michael Fassbender, 40, is set to make everyone laugh as he stars in the sequel of the action comedy film Kung Fury.

This follows the 2015 namesake short film that pays tribute to the 1980s martial arts. The sequel, which will be a feature length, will be directed by David Sandberg, who also did the original motion picture. Production in Europe and the United States will start in summer.

The Kung Fury feature will take place in 1985 in Miami, much like the original. The place is well guarded, thanks to Kung Fury and his Thundercops, the group of police that aims to defeat Adolf Hitler, also known as Kung Fuhrer.

However, an enemy came into light after one of the Thundercops died. The death prompted the Thundercops to disband. Now, it will be up to Kung Fury to do everything it takes to save mankind.

Key players in the original Kung Fury, including Sandberg, will appear in the film. David Hasselhoff, who sang the film's theme song, "True Survivor," will take on a role as well.

The original Kung Fury was lauded in its time, getting more than 40 million views and even a Cannes recognition. Obviously, it has gained a huge following after its success.

The Kung Fury short was only funded by Kickstarter, after amassing $630,019 through the funding platform. Unexpectedly, the more than 30-minute film was welcomed warmly by its audience.

Meanwhile, the Academy Award-winning actor is known for starring in 2015's drama biographical film Steve Jobs as the titular character. Fassbender was also noted for his role in 12 Years a Slave.

Recently, he made the headlines after secretly tying the knot with The Danish Girl star Alicia Vikander in Ibiza, Spain, in October 2017. As much as the couple planned everything to be a secret, paparazzis were still able to snatch photos of their getaway in the island, up to the days leading to their exchange of vows.

Reports said that the two went to Italy after the discreet ceremony for their honeymoon. The newlywed couple were also spotted in Florence and Verona, and were generous enough to take pictures with fans.

"I feel I'm more happy and content than I've ever been," the 29-year-old Ex Machina star divulged.

Furthermore, Vikander hinted that she would be willing to have a project with her beau, much like when they were paired opposite each other in the 2014 film The Light Between Oceans. 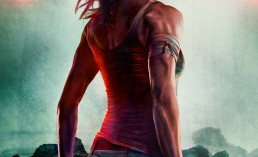 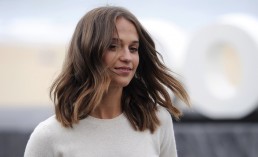 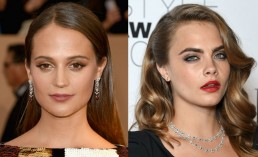