Bristol Palin and her husband of two years, Dakota Meyer, have called it quits, according to reports, which claim the estranged couple has been living separately.

According to a source, Meyer has filed for divorce a couple weeks ago after he moved out of the home he shares with Palin in Austin, Texas around Christmas. Details about the reason for the divorce have yet to be made public.

Interestingly, ahead of the divorce filings, there have been signs of trouble in the couple's marriage already. Meyer and Palin are no longer following each other on Instagram, which they regularly use. They have also not shared photos with each other in the past few days. Meyer last shared a family photo on Jan. 7.

"What matters," Meyer captioned the snap, which shows himself and Palin with their two daughters, 2-year-old Sailor Grace and 9-month old Atlee Bay, along with Palin's 9-year-old son Tripp from ex-boyfriend Levi Johnston. The said photo also shows the couple without their wedding rings.

Meanwhile, the Dancing with the Stars contestant has not posted a photo with Meyer since Christmas. Her recent photos are of her with the children. It seems that Palin have been spending more time with her three kids although custody details have yet to be revealed. Palin seems unbothered by the separation given that she is all smiles in her recent photos.

The couple has had their share of relationship problems in the past. They canceled their wedding two months after they announced their engagement in March 2015. They eventually reunited after the birth of their first child Sailor and tied the knot.

"Life is full of ups and downs but in the end, you'll end up where you're supposed to be," Meyer and Palin shared after they wed in June 2016.

They also expressed their determination to make their marriage work with God's help and the support of their family.

"Hard work and God's grace are the foundation of our new life together. With the love and support of our family, we know we can get through anything," the couple shared in a previous interview.

The 29-year-old Meyer is a former Marine and a Medal of Honor recipient. Palin, born Bristol Sheeran Marie, is an American public speaker and eldest daughter of former Alaska Governor Sarah Palin. The couple met while Palin was making her mother's Amazing America television series in 2014. 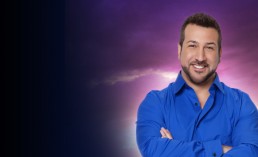 Dancing with the Stars All Stars Eliminations Week 2: Bristol Palin Not Eliminated Despite Awful Score 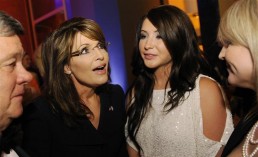 Bristol Palin; "White Powder" Delivered To Her At "DWTS" Set 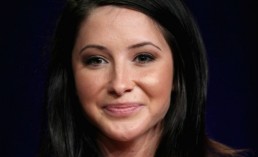