Actress Jodie Sweetin proves she had the best Valentine's Day out of everybody with a super sweet Instagram post. Sweetin also confirmed her new relationship.

The Love You Deserve

Following in comedian Amy Schumer's footsteps, who shared a romantic Instagram snap earlier this week revealing her new beau to the world, Sweetin shared mushy photos of her and Mescal Wasilewski.

The 36-year-old star of Fuller House wrote a lengthy tribute to her new man, espousing what he means to her and how lucky she is to have him in her life.

The collection of photos include a pic of the two sweetly holding hands, a quote from the most romantic of writers, William Shakespeare, and of course, the requisite kissing photo taken while the two were enjoying a cozy romantic dinner together.

"That's the kind of love we all deserve. Anything less isn't worth it," concludes the post.

The new couple celebrated Sweetin's birthday last month at a fun dinner surrounded by her friends. The two were also seen taking in a showing of hit musical Dear Evan Hansen back in September, but Wasilewski's identity had not yet been confirmed.

Sweetin didn't mention him by name when sharing an Instagram post celebrating her birthday either. She merely referred to the special people in her life who had taken the time to spend the day with her. A source confirmed the two have been dating since November.

The Dancing with the Stars alum split from ex-husband Morty Coyle in June 2013, filing for legal separation after just a year of marriage. Their divorce was finalized in August of 2016. The two have a daughter together, Beatrix, now 7 years of age.

This past December, a court ordered Sweetin to pay Coyle $2,800 per month in child support until their daughter turns 18, marries, dies, or becomes emancipated from her parents. 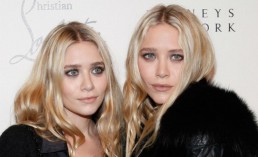 Seeing Double: Which Celebrity Twins Are Your Favorite? 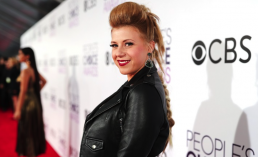 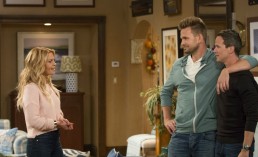