On Tuesday, Feb. 20, MTV announced on Twitter that it was ending its relationship with Eason with immediate effect.

Official statement from @MTVPress: David Eason’s personal comments do not reflect the views of MTV. With six weeks left of production on ‘Teen Mom 2,’ effective immediately, we are ending our relationship with him.— MTV Communications (@MTVPress) February 21, 2018

The Teen Mom 2 star recently came under fire on Twitter after he allegedly tweeted a series of homophobic and anti-LGBTQ posts on the micro-blogging platform. Although Eason's Twitter account has since been deactivated, snapshots of his controversial posts have started circulating on social media.

It all started when Eason shared a news article about allowing people with concealed carry permits to carry guns to school. A Twitter user responded to his post, suggesting that "education" and "intentional parenting" should be used instead to protect children and be more alert in school.

The tweet did not sit well with Eason and the reality star fired back at the user with the following post.

"And just what makes you think you have the right to tell me how to be a parent? Because you think you know me? LMAO why don't you go tell the homo and transgender parents to start teaching their kids better morals? Oh I forgot, that's supposed to be normal."

He also referred to gay and transgender people as an "abomination" and said that he would make sure his children do not associate with gay people or be gay themselves.

Many Twitter users urged MTV to fire Eason in the wake of his insensitive comments while some even started an online petition calling for his sacking. The Change.org petition garnered close to 9,000 signatures.

After being dropped by MTV, Evans rushed to her hubby's defense and released a statement, saying that Eason has no hatred towards the LGBT community and that they are friends with a number of gay people.

She also noted that when she and her husband went to Farrah Abraham's 25th birthday party in Miami, there were a number of people from the LGBT community present, but Eason behaved normally around them.

Although Evans apologized for Eason's comments, it wasn't enough to save hubby dearest. 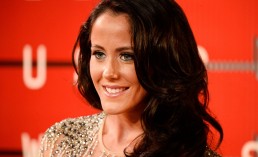 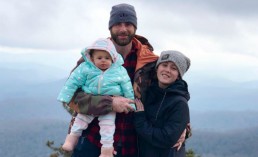 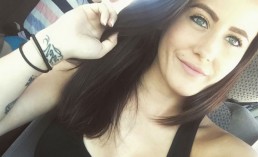