Teen Mom OG cast member Catelynn Lowell decides she would get help to recover from trauma after she and her husband confirmed she suffered a miscarriage.

Six weeks after losing her supposed to be the third baby, Lowell is under a six-week program to address trauma. She is getting professional help and has been taking medications, but producers of Teem Mom OG said her treatment will not prevent her from taping episodes.

Lowell's husband Tyler Baltierra shared on Twitter how much he is proud of Catelynn's strength and resilience to survive the ordeal.

"I'm just so proud of my wife for being strong enough to not give up on her life," Baltierra tweeted on Sunday night. "She comes home in 5 days and I can't wait to hold her in my arms again & just show her without words, what safety, security, and unconditional love feels like."

Not The Right Time

On Teen Mom OG's Monday episode, Lowell opened up about her ordeal of losing the baby.

"I feel like maybe it just wasn't the right time. Thank God for kids and husbands," said Lowell, adding that if her family was not around, she could have attempted to end her life again.

"We just sat in the bed and cried and just held each other. I mean, there's nothing you can really do, so it felt very similar to Carly," Baltierra said.

Baltierra explained that he did not understand Lowell's tendencies before, but their recent loss and the teen mom's current treatment made him realized her suffering.

In light of their recent loss, Baltierra is reaching out to parents who have gone through the same situation. He appealed to other parents that it is not their fault to have lost their babies and that their trials are completely understandable.

The 26-year-old Michigan dad, who recently had a 26-pound weight loss, is also currently seeing a therapist for counseling.

In a preview of Teen Mom OG, Lowell was seen in tears when she confessed that she really wanted her deceased baby. The video clip was aired after Lowell admitted herself for the third time in rehabilitation for having suicidal thoughts.

Teen Mom OG is filming for its reunion episodes since February in New York. The show airs every Monday night at 9 p.m. on MTV. 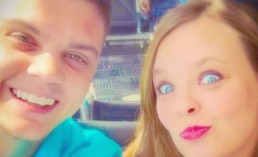 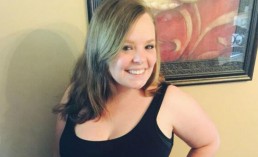 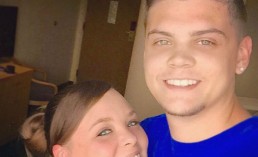