Has Kendall Jenner replaced Blake Griffin with a new man? According to a new report, she was spotted with a mystery man on Monday night.

As rumors continue to swirl in regard to the nature of Jenner and Griffin's current relationship, the 22-year-old model and Keeping Up With the Kardashians cast member stepped out with a new man during a dinner date at celebrity hotspot Nobu in Malibu, California.

On Feb. 27, Hollywood Life shared photos of Jenner and her mystery man arriving at a restaurant in her Range Rover SUV.

News of Jenner's potential new relationship comes on the heels of Griffin's trade from the Los Angeles Lakers to the Detroit Pistons.

Following the trade, a source claimed that Jenner was actually relieved to see her rumored boyfriend leave town because she had no true feelings about a future with the athlete.

“Kendall Jenner is secretly relieved and happy Blake got traded,” a source close to the reality star told Hollywood Life last month. “Their relationship was never very serious and there was always a bit of distance between them. She saw the problems in the relationship and knew she was going to have to break up with him eventually but this makes it easier as she can just let the relationship fizzle out.”

Throughout the past few years, Jenner has been linked to a number of rappers and athletes, including Los Angeles Lakers player Jordan Clarkson, but she's never actually gone public with any of her alleged flames. Instead, the model continues to spark rumors of romances with public outings as she keeps her private life to herself.

While Jenner continues to document her life and some of her personal issues, including her battle with anxiety, on Keeping Up With the Kardashians, she has refused to share on the show any details about her love life. In fact, none of her rumored boyfriends have ever been seen in any capacity on the series.

To see more of Kendall Jenner and her family, including her sisters Khloe, Kim, and Kourtney Kardashian, and Kylie Jenner, tune in to episodes of Keeping Up With the Kardashians on Sundays at 9 p.m. on the E! Network. 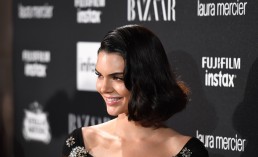 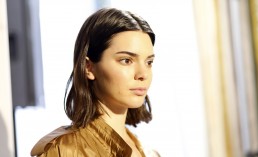 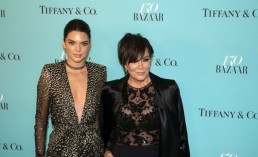