Rapper Travis Scott jokingly reveals he has a new part-time job in his latest Snapchat video.

The new father is helping the mother of his child and girlfriend Kylie Jenner with her makeup business, and it looks like he is enjoying it.

On Friday, Mar. 2, Scott shared a video on his Snapchat, which previews the new eye shadow collection from Kylie Cosmetics. The hip-hop artist even directed Jenner to show her arm, which has all the 16 colors that the beauty mogul is launching.

"New part-time job," Scott jokingly wrote for the caption of the video.

The reality star announced her new collection called The Weather Collection on Feb. 22. It is named in honor of her 1-month-old daughter, Stormi Webster.

a few of my favorites #WeatherCollection launching Feb.28th inspired by my Stormi. @kyliecosmetics A post shared by  Kylie (@kyliejenner) on Feb 22, 2018 at 3:44pm PST

The couple, who have been together since 2017, welcomed their daughter on Feb. 1, 2018. Reports of Jenner's pregnancy made headlines in September 2017, but the Keeping Up with the Kardashians star neither confirmed nor denied anything.

The businesswoman only revealed her pregnancy and the arrival of her daughter with a lengthy Instagram post in which she apologized to her fans for "keeping them in the dark."

"I appreciate my family and especially my friends for helping me make this special moment as private as we could. My beautiful and healthy baby girl arrived February 1st and I just couldn't wait to share this blessing," the post read.

Jenner then released a home video dedicated to Stormi on YouTube that also highlighted certain parts of her pregnancy journey, including her pajama-themed baby shower and meeting her niece, Chicago West.

Reportedly, the couple is enjoying being new parents despite rumors of the two spending time apart or breaking up. Jenner and Scott were spotted for the first time since having Stormi in February.

The 20-year-old makeup mogul is the second of the Kardashian-Jenner sisters to welcome a baby this year. Kim Kardashian's baby girl, Chicago, was born on Jan. 15, 2018 via surrogate. Kardashian has two older children, North and Saint.

Khloe Kardashian is currently eight months pregnant with her first child and set to give birth in April. The child's father is NBA player Tristan Thompson. 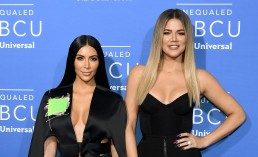 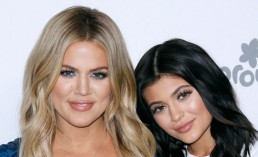 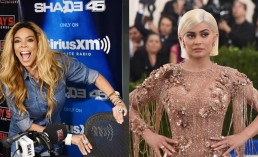 Kylie Jenner vs. Wendy Williams: Why The 'KUTWK' Star Is After The Outspoken Media Personality