Sharon Stone is not engaged to her younger boyfriend, Angelo Boffa, despite being spotted wearing a huge diamond ring on her finger.

Stone was seen wearing what appears to be an emerald cut diamond ring during the couple's beach holiday in Miami last week. Fans are intrigued, but a representative of the actress said the ring is not an engagement symbol. However, Stone's camp did not elaborate its purpose.

Stone and Boffa were first seen dating when they attended a media event in New York last January to promote the actress' HBO series Mosaic under director Steven Soderbergh.

Despite the caught-in-action kissing moments, Stone is yet to talk about her newfound love. In an interview with a magazine, the Basic Instinct actress said she is not interested in short-term love affair but rather a lifelong partnership.

"I was just not that girl who was told that a man would define me...I was told that if I wanted to have a man in my life, it wouldn't be an arrangement, it would be an actual partnership. And those are hard to find," she said.

Ditch Dating To Focus On Kids

Prior to her relationship with Boffa, Stone said she is passing up opportunities to date to focus on her children. The actress emphasized the stereotypes certain cultures have on dating single mothers.

"I have so much love with my kids," Stone said. "I have three little kids, and that's not particularly, in this town and environment, there's not a lot of men that think, 'Gee, I'd like to date her and be the baby daddy of three little kids'. So, it kind of took me out of the dating sphere."

The actress is also a mother to three adopted boys, namely Roan, Laird, and Quinn.

Boffa is a real estate businessman who is 19 younger than Stone. Although less is known about the couple's private life, reporters spotted them celebrating Valentine's Day at the Shangri-la Hotel in Paris.

The 41-year-old boyfriend is also a fan of romantic movies. Last year, she posted a snippet of Pretty Woman showing Richard Gere and captioned it as "One of my favorite #prettywoman." As it turns out, Gere is the one who encouraged Stone into becoming a Buddhist.

The couple first met in St. Moritz, Switzerland, and they have been traveling a lot a couple of months into their relationship. Boffa is also a jet-setter himself. He spends a great deal of time in Ibiza despite living in Zurich.

Apparently, Boffa has also made connections in Hollywood long before he met Stone. In May 2017, Boffa posted a picture of him hanging out with Heidi Klum at the Fashion for Relief event. 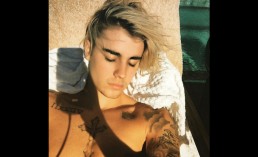 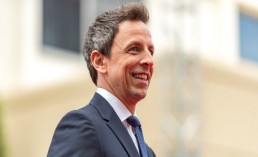 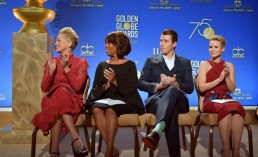