Prince Harry and Meghan Markle's royal wedding will have everything, including an exquisite cake created by a pastry chef close to the bride-to-be.

The wedding cake is expected to be a beautiful blend of modernity and tradition, of both California and London roots.

A statement from the Royal Family revealed that the couple has chosen Claire Ptak to make a lemon elderflower cake for their special day. The cake, inspired by the spring season that will be in bloom at the time of the royal nuptials, will be slathered in buttercream and decorated with fresh flowers.

Ptak, who owns the London-based Violet Bakery, worked under the tutelage of famed Alice Waters at Chez Panisse in California. She moved to London, opening Violet Bakery in 2010. The pastry shop is known for incorporating high-quality, seasonal, and organic ingredients in the products, making it a good fit for Prince Harry and Markle's big day.

"I can't tell you how delighted I am to be chosen to make Prince Harry and Ms. Markle's wedding cake," Ptak says. "Knowing that they really share the same values as I do about food provenance, sustainability, seasonality and most importantly flavour, makes this the most exciting event to be a part of."

Ptak, also a food stylist and writer, shares a connection with the soon-to-be royal bride other than their preference for high-quality food, including their California roots and London future. The pastry chef has also been previously interviewed by Markle for her now-defunct lifestyle blog, The Tig.

A Blend Of Traditional And Contemporary

Ptak's lemon cake is quite a step away from the usual cake of choice for royal weddings: fruitcake. The weddings of the other senior members of the family — Queen Elizabeth II and Prince Phillip, Prince Charles and Diana, and Prince William and Kate — all featured the traditional fruitcake, according to Mic.

Prince Harry and Markle's decision to serve something different during their wedding shows that the couple isn't afraid to embrace change and push the limits of royal protocol.

"I think it's a sneak peek of what's to come. We're all eager to see how the couple will combine their modern ideas and preferences with long-standing traditions," Kylie Carlson, director of the International Academy of Wedding and Event Planning, explains to Mic. "Elderflower will be in season for the wedding and symbolically promotes positive energy. And given Meghan's background as an American, it makes perfect sense that the two would select this sweet treat."

Prince Harry and Markle are tying the knot on May 19. 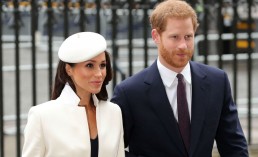 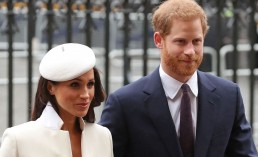 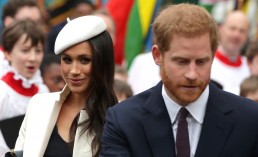