In just a few short days, 22-year-old Baskin Champion's life was turned upside down. All because she accompanied Justin Bieber to an LA concert.

On Tuesday, March 20, many concertgoers at the West Hollywood concert venue, the Roxy, saw Champion interact with the "What Do You Mean?" singer-songwriter. Entertainment Tonight has learned that Champion met Bieber through their mutual friend, actor Patrick Schwarzenegger. Apparently, Schwarzenegger is dating Champion's younger sister, Abby.

W Magazine found out that Champion grew up in Alabama and rose to fame when she entered this year's Sports Illustrated model contest with her sister. Many Sports Illustrated insiders believed that her passion for University of Alabama's Crimson Tide football team and chocolate chip cookies made her a favorite.

Champion worked as a model since 2012 and got hired for several campaigns for companies such as Hollister and Frankies Bikinis. She had the opportunity to participate in the Miss Alabama Teen USA competition in 2014 and walked away with the crown. Champion also stated that faith has been a big part of her career and noted that the most fulfilling part of her life is her relationship with God.

"I try to be very conscious of what I put on social media and the way my image is depicted. If young girls could see anything about me, I would want it to be that living for Christ is the greatest joy that I, or anyone, could ever have," said Champion in an Alabama.com interview that was transcribed by Entertainment Tonight.

Like Bieber, Champion is also very active on Instagram. She has over 239,000 Instagram followers and she posts a plethora of photos and modeling shots including one where she is wearing a burgundy bikini. Champion is very passionate about her family and friends as there are numerous images of her with her sister and her beloved dog.

Champion was spotted with Bieber as the duo danced the night away while Bieber's friend, Craig David, performed. David openly acknowledged Bieber's presence at the event and even sang Bieber's songs. One of the highlights of the set was David's performance of "16," a song that sampled Bieber's "Where Are U Now." Later on during the concert, Bieber congratulated his friend on stage.

In addition to Champion, Bieber turned to his friends as he continues to recover from his latest 'break' with on-again, off-again girlfriend, Selena Gomez. The "Sorry" singer was in awe over Bella Thorne, when he got to hang out with her during the Midnight Sun premiere party. Schwarzenegger invited Bieber to the premiere and he was also the one who introduced the singer to Thorne.

Enstars reached out to Champion's representative for comment and will update with any response. 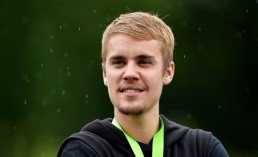 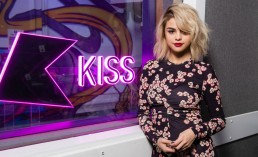 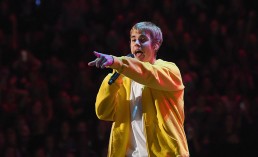