What does Chris Brown think about his ex, Karrueche Tran, moving in with a famous NFL star? Apparently, he’s here for it as he revealed his thoughts on Tran's new boyfriend on social media.

Chris Claps It Up For Karreuche And Her New Boo

Brown, who dated Tran for years before they called it quits in 2015, kept it simple when he spoke on Tran’s new relationship with Victor Cruz. He commented on a photo of Tran and Cruz hanging out together that was posted on The Shade Room.

Is He Really Happy For Her?

Fans had their thoughts on Brown’s motives behind the snapshot and made comments of their own. While one commended Brown for growing up and being able to celebrate Tran moving on with someone else, most fans made it clear they thought Brown was being sarcastic in commenting on Tran's  new relationship.

This isn’t the first time he’s given an ex a special shoutout. Fans might recall he had lots to say to Rihanna when she turned 30 earlier this year. Brown posted a throwback photo of Rihanna to celebrate her big day. Interestingly enough, he has since deleted that photo. Still, fans weren't happy about that one either.

Many brought up Brown and Rihanna’s tumultuous history and him being charged for brutally beating up his then girlfriend in 2009. Rihanna never responded to the post.

Whatever Happened To Victor's Fiancée?

As for Tran, she and Brown ended things after it came out that Brown had a child, whom we now know as Royalty, with another woman, Nia Guzman. Brown went through many efforts to get Tran back but she made it clear on more than one occasion that they were over.

Her romance with Cruz, who was recently engaged to his now ex-fiancée and mother of his child Elaina Watley, is the first public and serious one that fans have known about Tran since her rollercoaster romance with Brown.

It looks like Tran has had a change of heart on dating famous guys. She once said after her split with Brown that she was done with athletes, singers, and other men who are well-known.

Victor Is An Exception To The Rule

“My next guy definitely won’t be a big celebrity, rapper, singer, basketball player, athlete… it’s too much,” said Tran in an interview.

Still, romance rumors for Tran and Cruz sparked when they were seen together around Thanksgiving of last year. They have yet to speak on the speculation. 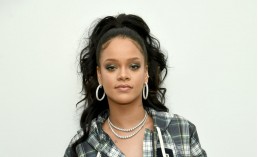 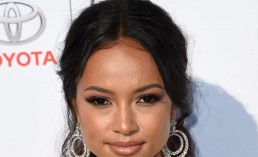