Spring is the season of love, and love is definitely in the air! Fashion designer Marc Jacobs has proposed to his longtime partner, Charly Defrancesco, at the most unexpected place and had a flash mob to help him.

Jacobs surprised his sweetheart by proposing to him at a Chipotle restaurant in New York City on Wednesday, April 4. The fashion designer first distracted his beau by staging the flash mob. Plural NYC performed the hit '80s classic, "Kiss" by Prince. The proposal also happened the same day as Defrancesco's birthday.

And this happened..."Charly Defrancesco will you marry me"? #flashmobatchipotle #moves THANK YOU everyone for making this happen video @plural_nyc @laurengerrie @seandon212 @1.800.newbold And to my Ride or Die fiancé @chardefrancesco I LOVE YOU️ A post shared by Marc Jacobs (@themarcjacobs) on Apr 4, 2018 at 9:52pm PDT

GET READY FOR THE ALL TIME GAG!!!!! Thank you to everyone who helped make this happen. @laurengerrie #moves crew @1.800.newbold @chipotlemexicangrill @plural_newyorkcity @seandon212 A post shared by Char Defrancesco (@chardefrancesco) on Apr 4, 2018 at 9:48pm PDT

The 54-year-old designer made headlines in 2014 after he announced that was leaving his position as creative director for Louis Vuitton to focus on his own clothing line. Jacobs was the creative director for Louis Vuitton for 17 years. Following this, for his Autumn/Winter 2014 and Spring/Summer 2015 campaign, Jacobs found his models on social media, something he had never done before.

In 2017, Jacobs released an online masterclass that detailed his career and knowledge of the fashion industry. Now, the fashion design is the CEO of his own label, Marc Jacobs, and the diffusion line, Marc by Marc Jacobs. 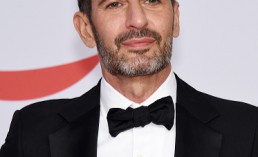 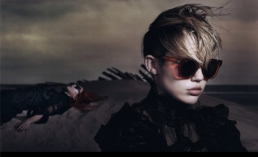 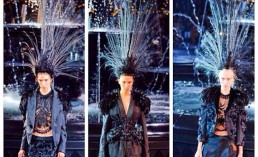