When it comes to Teyana Taylor and her family, the singer doesn't play! Amid the current drama surrounding NBA player Tristan Thompson, a fan tried to insinuate that her husband, Iman Shumpert, was also involved in the scandal.

The Harlem native wasted no time in shutting that rumor down immediately on her Twitter account, and her fans were all for the entertainment.

Leave Iman Out Of It!

On Wednesday, April 11, a fan wrote on her Twitter page an interesting tweet that suggested Shumpert was also with Thompson the night he was caught on camera cheating on his pregnant girlfriend, Khloe Kardashian.

Before her IG got deleted, Tristan Thompson's side chick posted that there was more than 1 Cavs player she was smashing, then she posted on snap about missing Iman Shumpert "too". Black Jesus be a fence!! pic.twitter.com/VeiFaho9J1 — Smillee Sims (@thesmilleesims) April 11, 2018

The tweet garnered various responses but the only response that matters is Taylor's, who quickly replied to the tweet and hilariously reassured everyone that all is well in their marriage.

This is the only response the Teyana and Iman star has made regarding the scandal between Thompson and Kardashian. Taylor and Shumpert married in 2016 and have one child together, Iman Tayla "Junie" Shumpert.

Shumpert is Thompson's teammate as both athletes play for the Cleveland Cavaliers. Shumpert and Thompson are reportedly friends.

Thompson, who was then expecting a baby girl with Kardashian, was caught on camera allegedly kissing another woman at a club in New York City over the weekend. The athlete was then spotted leaving the club with the same woman and the two were seen later entering a hotel together where they reportedly stayed for 48 hours.

Since the news broke, Kardashian is reportedly devastated by the news and has yet to comment publicly on the matter.

Kardashian was expecting to give birth to her first child any moment and had already begun to experience "early contractions." Her family has flown out to Cleveland to be by her side. 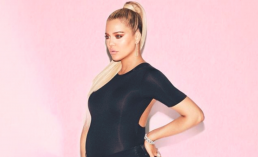 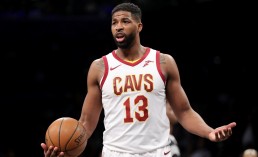