Meghan Markle’s estranged half-sister has slammed the future princess amid Markle’s wedding preparations. Markle will marry Prince Harry on May 19.

Samantha Grant took to Twitter to blast Markle for not inviting her and other family members to witness her big day. She went off about Markle allegedly snubbing her and added that Markle and Prince Harry are 15th cousins.

“And it’s not only Meg who is 15th cousin to Harry,” said Grant Thursday, April 12. “My brother and I are also. I was the first-born Markle to my father. Exclude the [Markles] from this wedding would be highly inappropriate.”

Grant, who has had a few words for the royal family too, went on to say that Markle can’t use the idea of them not being close as an excuse. Grant pointed out that “more than 1000 strangers” received an invitation from Prince Harry and Markle. Interestingly enough, new reports revealed President Donald Trump and former President Barack Obama are not on the guest list.

Grant used an estranged uncle to prove her case.

“I have an uncle I have only seen once but I would never say he is not family because we are not close,” said Grant. “Humanitarians move forward with love and kindness especially to Family.”

Grant didn’t end her series of tweets there. She continued and said Markle should have invited her family members with the same last name and ran down a list of relatives she felt should have been included.

“Our uncle who got her the internship, brother, me, best friend of 30 years Nikki Priddy, nephews. Fact.”

As for the wedding guest list, Prince Harry and Markle included 2,640 people to the ceremony set to take place at Windsor Castle. Out of that number 1,200 are members of the public selected by local Lord Lietutant offices.

This isn’t the first time Markle’s sister has gone off on her publicly. She also accused the actress of changing after she got famous. She said Markle had ulterior motives in marrying Prince Harry and if he found out the truth, he wouldn’t tie the knot.

Markle’s nephew, Tyler Dooley, also spoke out about not being invited. Still, he had a much different approach than Grant. He said he didn’t expect an invitation, and instead commended Markle on her success.

Markle’s father, Tom, is said to be walking her down the aisle.

Be sure to keep up with Enstars for the latest news and updates on the royal wedding and your favorite celebrities. 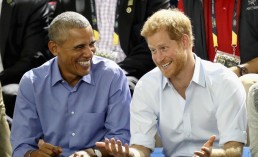 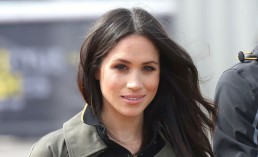 'I Was Pimp Slapped By The Queen': Actor Recalls That Time Meghan Markle Smacked Him In 2012 Scene 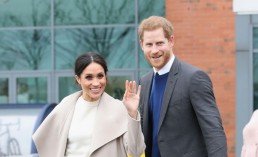