Allison Mack, who's been arrested for her involvement with sex cult Nxivm, appears to have attempted recruiting Emma Watson and Kelly Clarkson to her cause.

Mack, 35, has been charged with sex trafficking and forced labor. Now, reports of her befriending other stars, particularly Sixth Sense actress Samia Shoaib, to get them involved with her organization are coming out of the woodwork.

Other high profile stars looks to have also been targets.

Mack Reaches Out To Stars

The Smallville actress, Business Insider notes, used Twitter to try getting in touch with Watson and Clarkson. In hopes of piquing their interest to Nxivm, Mack used common interests to invite the celebrities for a meeting.

For Watson, who is known to be a staunch supporter of women's rights, she described her organization as a "unique human development and women's rights movement."

Mack reached out to the Harry Potter star a few times in 2016, but never got a public response to her tweets.

.@EmWatson I'm a fellow actress like yourself & involved in an amazing women's movement I think you'd dig. I'd love to chat if you're open. — Allison Mack (@allisonmack) January 24, 2016

.@EmWatson well to your vision and what you want to see in the world. I think we could work together. Let me know if you're willing to chat — Allison Mack (@allisonmack) February 19, 2016

@TheCathyJensen @EmWatson Thank you for the bump up! Would love to chat with a fellow change-maker! #InternationalWomensDay — Allison Mack (@allisonmack) March 7, 2016

Another high-profile target seems to be Grammy winner Clarkson. Upon hearing the "Since U Been Gone" songstress was a fan of Smallville, Mack took the opportunity to invite her for a "chat sometime."

@kelly_clarkson I heard through the grapevine that you're a fan of Smallville. I'm a fan of yours as well! I'd love to chat sometime. — Allison Mack (@allisonmack) July 20, 2013

It appears that one of Mack's duties as the alleged second-in-command to Nxivm's Keith Raniere is recruitment.

Sixth Sense actress Shoaib already came forward with her story of Mack befriending her in hopes of luring her into the Nxivm-affiliated women's group.

"As alleged in the indictment, Allison Mack recruited women to join what was purported to be a female mentorship group that was, in fact, created and led by Keith Raniere," Richard P. Donoghue, United States Attorney for the Eastern District of New York, says in an official statement. "The victims were then exploited, both sexually and for their labor, to the defendants' benefit."

Mack pleaded not guilty to her charges last Friday, April 20.

According to a report from The Guardian, prosecutors say that Mack lured women into a so-called women's mentorship group within the umbrella organization Nxivm. The group, dubbed "The Vow," reportedly forced its potential members to provide compromising photos or statements as "collaterals."

The women, branded with Raniere and Mack's initials, were also allegedly blackmailed into becoming sex slaves for the founder's benefit. 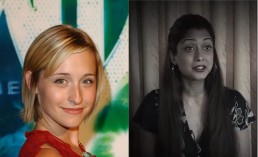 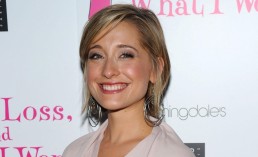 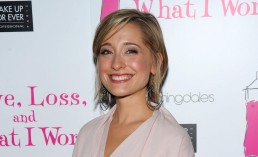