Miranda Lambert is focusing on what's important in the wake of her tumultuous relationship dramas. She took time out to spend a day with friends.

Getting It From All Angles

The country music star has been in the thick of it over the past weeks, after hooking up with fellow musician, Evan Felker.

Lambert has found herself under attack from all sides for allegedly breaking up Felker's relationship with wife Staci Nelson.

Nelson took to Instagram earlier this week to express what a difficult week she had.

Sending A Message Of Peace

It seems Lambert is taking it all in stride, however, as she posted a photo on Instagram yesterday, showing her throwing up the peace sign and having a fun day out with a group of female friends.

If the latest reports about her new man are bothering her, the "Tin Man" singer certainly isn't letting it show.

She Didn't See It Coming

Earlier this week, it was revealed that Felker allegedly blindsided his estranged wife, Nelson, by suddenly filing for divorce. The Turnpike Troubadours frontman ended his relationship immediately after returning from a tour with Lambert.

"The notion that [Felker and Nelson's] divorce happened for any reason other than that [his budding relationship with Lambert] is complete bulls**t," an insider told PEOPLE.

The two country music stars, both 34, initially connected via text message before Felker's band joined Lambert's tour as an opening act. They were scheduled to play three dates with Lambert.

"They had never met and she had started texting him about looking forward to playing together and getting to know each other and maybe they could write ... It started very much about work. He was completely thrilled. By the time he was leaving for tour, it had become a lot flirtier," a source revealed.

When the final night rolled around, Felker allegedly continued traveling with Lambert rather than returning home to his wife. He sent an email to Nelson to let her know he wouldn't be back that week.

It's All About Karma

Lambert and Felker's relationship became public last week, leading her ex-husband Blake Shelton to wade in with a cryptic Tweet about karma. When questioned about it in a Facebook Live session, Shelton deflected, claiming people were taking it out of context.

"It was a personal thing that's in a small circle of my people and that's why it was written the way it was, and then people took it and make it into what they want to make it into, which I don't want any part of that," he explained.

Shelton claimed he was laughing off reports that he meant to target Lambert. However, a source close to the situation later confirmed he wanted to call her out.

Shelton and Lambert divorced in 2015, but their names have been tied together in recent weeks due to the escalating drama. 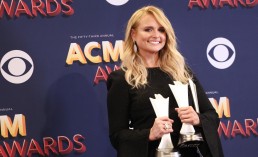 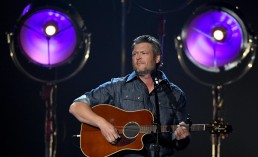 Blake Shelton Finds Reactions To His ‘Karma’ Tweet ‘Funny’: ‘People Are Way Off The Mark’ 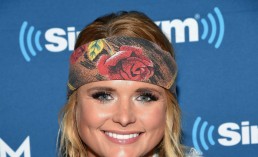