To say that Christina Aguilera is relieved to be out of The Voice is an understatement. The singer is happy that she is no longer a part of the show and she revealed her reasons for not wanting to return.

Aguilera got candid about the time that she spent on The Voice in her cover interview for the June issue of Billboard magazine. She was a coach on the music competition show for six seasons between 2011 and 2016. Although she maintained an elegant façade on screen and showed camaraderie with the rest of the coaches, she revealed that she was actually unhappy.

"I was longing for freedom," she tells the publication.

Aguilera recalled the moments when she would sigh with relief every time she would arrive home from taping. She "would just take everything off - the makeup, all of it" and listen to Nirvana or Slayer, any music that would get her out of the "TV mode."

The 37-year-old singer admitted that she had long wanted to leave the show because it had become different from what she signed up for in Season 1. It was no longer about music but about "making good TV moments and massaging a story."

Aguilera also pointed out that she became more of a TV host than a coach on The Voice. As a female, there were also strict rules that she had to follow. There were wardrobe and dialogue restrictions.

"I would find myself on that show desperately trying to express myself through clothing or makeup or hair. It was my only kind of outlet," Aguilera told the publication.

The Lady Marmalade singer had other less than stellar things to say about the NBC show. She called The Voice a "churning hamster wheel" and an "energy sucker."

"And as great as it looks on the outside, I'm such a truth girl that if I'm not happy with something, I just can't do it anymore," Aguilera added.

A representative for The Voice has responded to Aguilera's comments. The spokesperson revealed that NBC holds no ill feelings toward the singer. The network called Aguilera an "incredibly valuable member of The Voice" and expressed their appreciation for the hard work she had put into the show. The representative said that Aguilera will always be a part of The Voice family. 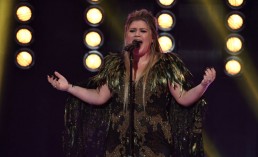 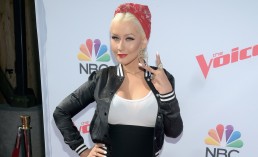