Actress Brigitte Nielsen becomes a mother for the fifth time at the age of 54. She shared the happy news in an exclusive interview.

Nielsen and her 39-year-old Italian husband Mattia Dessi welcomed daughter Frida on Friday, June 22 in Los Angeles. According to an exclusive chat with PEOPLE, the little girl weighed 5 lbs. 9 oz.

"We are overjoyed to welcome our beautiful daughter into our lives. It's been a long road, and so worth it. We've never been more in love," they gushed.

Just last week, the Danish actress took to Instagram to share a shot of Dessi cradling her growing bump, writing that she was sure he was going to be a great father.

Nielsen has four other kids, all boys, ranging in ages from 23 to 34. This is her first child with Dessi and also her first daughter.

It's Been A Long Road

She has been married five times, and her ex-husbands include her Rocky IV and Cobra co-star, Sylvester Stallone. Nielsen and Dessi tied the knot back in 2006.

Just a couple of years later, she told Hello! that she'd definitely like to have more children if possible.

"The children have kept me going. ... We want to try IVF. It's asking a lot, but if it's possible, it would make our package complete," she said.

Nielsen also discussed with the possibility that she might be getting too old to have another child, or that it would be selfish for her to do so.

As for her highly-publicized issues with alcohol addiction, and her rehab stint as a result of same, Nielsen admitted she has often been guilty of being a bad mother.

"When you take the bottle over your kids, you're a bad mum. But I love them and there has always been a close bond. ... It's unfortunate they've seen me in a bad way," she revealed.

Aside from being a prolific actress and model, Nielsen has also carved out a successful career in reality television. She came third on the U.K.'s Celebrity Big Brother back in 2005, before appearing on Celebrity Rehab with Dr. Drew in 2008, and The Surreal Life, where she met one of her exes, Flavor Flav. 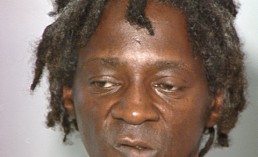 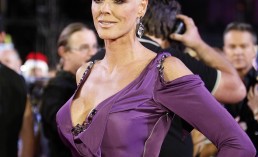