Lindsay Lohan wants everybody to get over her wild, party girl past. The actress is looking to be taken seriously as a businesswoman.

Leave It All Behind

The 31-year-old opened up about her life and career in a brand new tell-all interview with the New York Times. During the wide-ranging chat, Lohan insisted that she has left her bad reputation behind and is hoping to change the public's perception of her.

The actress, who has been based in Europe for some time now, feels more settled in her new home.

"There's a business side to my life now, but I'm not in America, so no one knows about it, which is nice for me. Because I get to actually focus," she explained.

Lohan described herself as a nice, normal person just looking to do good work, adding that she has no bad intentions towards anybody in her life. The actress would love it if everybody could stop focusing on her difficult past, too.

"My past has to stay in the past. Like, people have to just let go of it and stop bringing it up because ... it's gone. It's dead," she said.

The past ten years saw the Mean Girls star, once one of the most famous young actresses in the world, involved in a series of increasingly difficult legal circumstances.

She was arrested on numerous occasions, for offenses ranging from driving under the influence to shoplifting. Lohan was previously closely associated with Paris Hilton and Britney Spears, with the trio known collectively as "The Holy Trinity."

The actress's most recent legal snafu came with her receipt of probation and 240 hours of community service after she pleaded no contest to reckless driving when she was involved in a Santa Monica car crash back in 2012.

It seems that, more than anything else, Lohan simply wanted to get away from the tabloids and the spotlight for a while. These days, she's focusing on the positive things.

"I think success is the best revenge -- and silence, as a presence. When I chose to change my future, my life, I was like, 'Where's the one place I can find silence?' " she said.

A close friend of the actress told PEOPLE that she doesn't mind being compared to Hilton abroad.

The insider noted the Parent Trap star is blonde, happy, and looking well. Lohan is splitting her time between London and Dubai and is enjoying the reception from locals, who compare her to Hilton there. 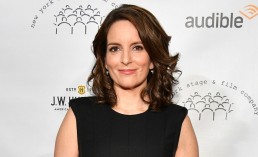 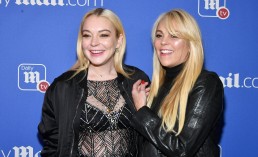 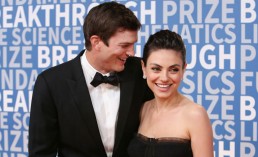