Lea Michele is feeling the love from all angles. The Glee alum celebrates her engagement to fiancé Zandy Reich with a star-studded party.

The Most Incredible Night

The celebration of the 31-year-old's upcoming nuptials to Reich, president of clothing company AYR, was the brainchild of her closest friends. Michele took to Instagram to share how grateful she was for the party.

"These amazing and beautiful best friends of mine threw me and Z the most incredible engagement party last night!" she wrote, alongside a sweet pic of her posing with two of her besties, one of whom is Reba alum, JoAnna García.

Michele, who wore a blue flower print dress and black heels for the special occasion, also shared how much she loved her pals.

Another shot from the outdoor party showed several tables decked out with fresh flowers, as well as some stylish lanterns hanging from a tree.

High School Musical alum Ashley Tisdale was there also, sharing on social media how happy she was to celebrate with her friend.

"Last night was magical. ... I couldn't be happier for this girl, she deserves the best because she is the best. I'm so lucky to have you in my life," she wrote alongside a pic of the two ladies together.

"Kappa forever," Michele captioned a pic of the trio, referencing the sorority at the heart of the Ryan Murphy show.

Michele later joked she was going to frame a goofy shot of Roberts and longtime boyfriend Evan Peters from that night.

She took a moment to also celebrate her parents' 38th wedding anniversary by sharing a photo of herself with the two of them. Michele noted she picked out her wedding dress the day the photo was taken, and shared how much she looks up to both of them.

As the night was winding down, the Glee star gave heartfelt thanks to everybody who came out to celebrate with her and Reich. She shared a photo of them and a sweet message about how amazing the party had turned out.

Michele announced the engagement news on Instagram back in April and revealed how surprised she was when her then-boyfriend popped the question. The 4-carat elongated radiant-cut engagement ring was personally designed by Reich himself.

She later admitted during an appearance on Watch What Happens Live that she thought he was kidding when it happened. They have kept their relationship quite private, with few details being released about the proposal itself.

The happy couple has been focusing more on being engaged than planning the wedding. Michele previously confirmed that she is trying to enjoy the moment as much as possible.

Also present were some more of Michele's starriest friends including Hilary Duff, who is currently pregnant with her second child, Jamie-Lynn Sigler, fellow Glee alum Becca Tobin, and her Scream Queens costars, Billie Lourd and Emma Roberts. While Glee and Scream Queens are no longer on the air, Michele’s fans can still stream the two series on Netflix with a VPN. 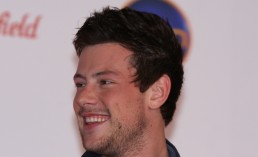 Cory Monteith’s Mom Opens Up About His Battle With Addiction, Says He Was On Pain Meds Before Overdose 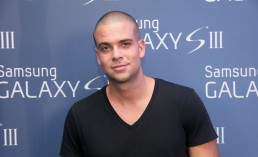