Blinks rejoice! The mega-popular K-pop girl group BLACKPINK makes history once again with the music video to their new single, "Kill This Love," which also comes from their newest 5-track EP.

A representative from YouTube confirms to E! News, "We can confirm BLACKPINK's music video for 'Kill This Love' set an all time record for the biggest YouTube Premiere with over 979,000 peak concurrents."

Upon posting on their official YouTube channel last Thursday, the extravagant visual spawned nearly 50 million views in just 24 hours! What's more, it's the biggest YouTube debut for a group, and also the biggest so far for 2019. They really killed that love.

Jisoo, Jennie, Rosé, and Lisa are indeed killing it as they treated their fans to a set of new tunes. As mentioned, the EP is entitled "Kill This Love," including the smash single of the same name, new tracks "Don't Know What To Do," "Kick It," and "Hope Not," and a lit remix of "DDU-DU DDU-DU" -- something we never thought we needed.

They're also set to appear at Coachella, also making history as the first K-pop girl group to grace the music festival. This, however, is just an exciting prelude to the North American phase of their BLACKPINK In Your Area Tour. 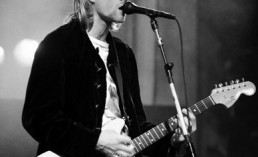