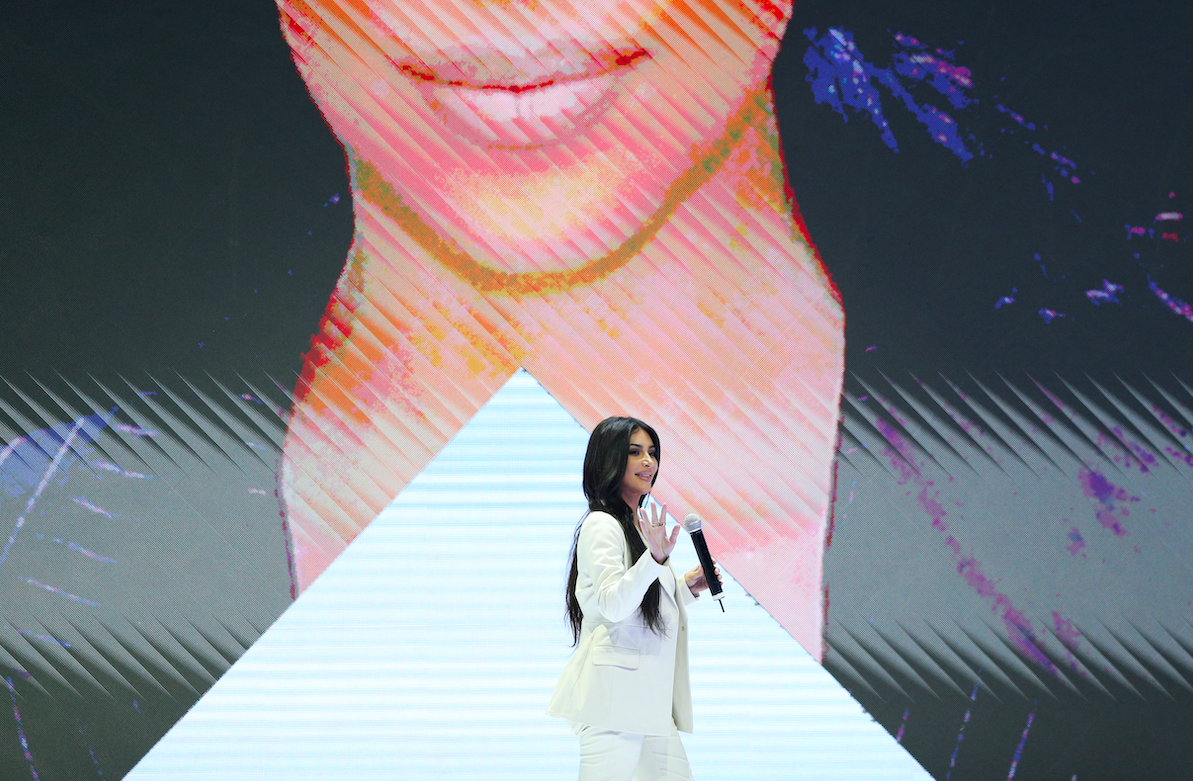 Psalm West, the fourth child of Kim Kardashian and Kanye West, could have had a way different name.

Kim Kardashian-West and Kanye West are welcoming their fourth child, Psalm West, only now in "Keeping up with the Kardashians. On the teaser for the show, Kris Jenner posted an Instagram Story where she asked Kim how they chose the name Psalm.

In a surprising revelation, Kim revealed that they were about to name their newborn babe Ye -- which is actually the nickname of Kanye West. However, Kanye didn't like the name and though it was meaningless.

"Because his name was gonna be Ye. Kanye doesn't like Ye cause Ye doesn't mean anything," Kim explained. "And Kylie (Jenner) called at the last second and was like, 'No!' Psalm and Saint sound good together, and the kids call him Psalmye."

Kourtney Kardashian went on "The Ellen DeGeneres Show" last May and confirmed that Kim and Kanye's surrogate went into labor. A little later, Kim confirmed in a tweet that their baby was born.

I surprised @KrisJenner with 6 of her grandchildren. Then I surprised her with one more. Sending love to you, @KimKardashian and @KanyeWest! @kourtneykardash pic.twitter.com/7SzHA2sahM — Ellen DeGeneres (@TheEllenShow) May 10, 2019

A week after Psalm's arrival, Kim posted a screenshot of the message she got from Kanye that included a photo of Psalm wrapped in a blanket and sleeping in a crib.

In another post, she captioned the pic, "Psalm Ye." People were first unaware of how to pronounce "Psalm."

During the start of the 17th season's "Psalm West" episode -- when he was about to be born -- Kim rushed to Cedars-Sinai Medical Center in Los Angeles, where the surrogate was being induced.

After an hour of trying, Kim was able to reach Kanye. They then spoke to her mother, Kris Jenner, on the phone to deliver the news that the baby was born.

Kim declared that their surrogate was "amazing" and had "the easiest delivery." She also boasted that the proxy only pushed one time.

The reality star added, "I feel so complete. I do feel like four is the perfect number for me. I feel so full in the best way. But I'm done."

In early January, news broke that the couple was going to have another baby via a gestational surrogate. It's the same process they used to have daughter, Chicago, but with a different surrogate.

We celebrated our baby boy about a week ago and now he’s here! He’s so perfect! Here are some pics of my CBD baby shower. I was freaking out for nothing because he is the most calm and chill of all of my babies so far and everyone loves him so much pic.twitter.com/bYH1E2WXHY — Kim Kardashian West (@KimKardashian) May 11, 2019

Gestational surrogacy involves the mother's egg being fertilized with the father's sperm via intrauterine insemination, ensuring that the baby is 100 percent KimYe's genetic child.

The KKW Beauty founder explained that getting a surrogate and finding someone trustworthy was a difficult task. However, she believed that it all happened for a reason because the surrogate she wanted was approved.

Though she carried North and Saint herself, health issues prevented her from becoming pregnant again.

Not only did Kim and Kanye welcomed their new child, but they also celebrated their 5th wedding anniversary in May.