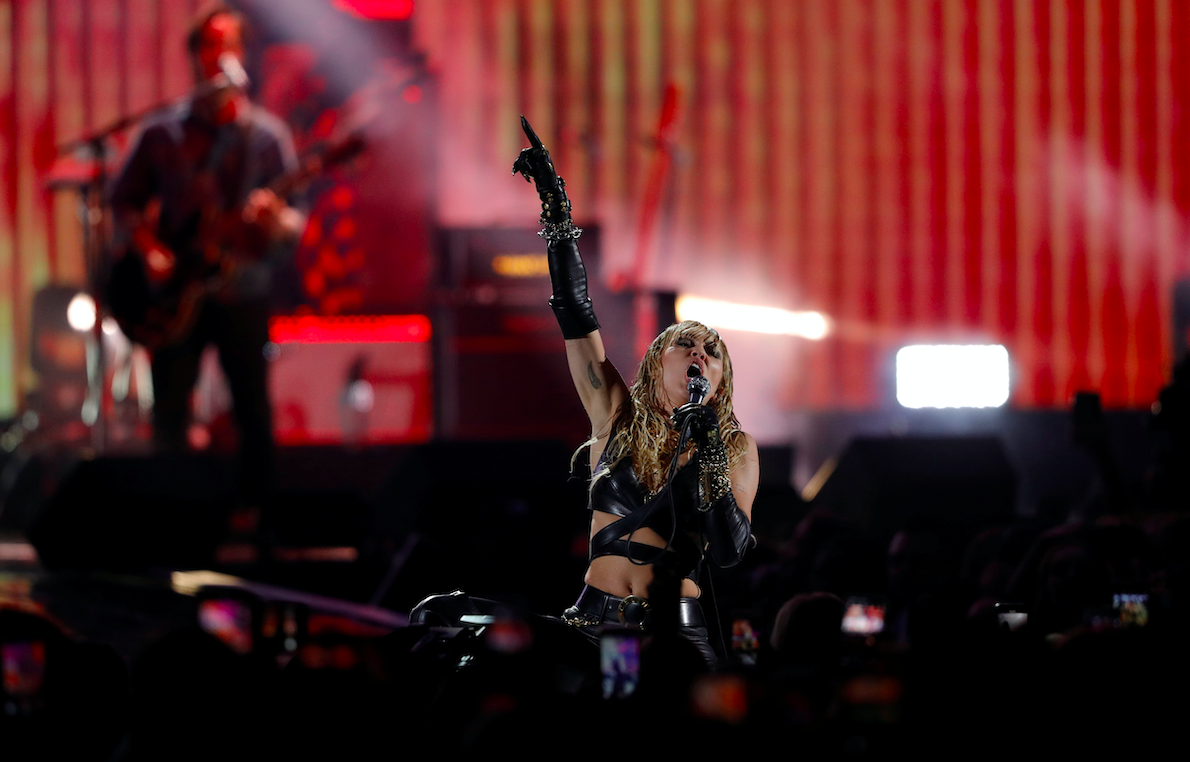 Miley Cyrus shared via Instagram Stories a should-be private video chat with her new beau, Cody Simpson, who had just landed in Sydney on Sunday. In the next few minutes, the live video went under fire for comments about being gay.

Addressing her 100 million followers, the 26-year-old singer claimed that her past experiences with boyfriends had caused her to be gay. This is a comment that most of her LGBTQ fans cannot accept. What happened to all her support for the community? Especially since she aligned as being part of it? Down the drain just because of one comment. Or one guy.

In her Instagram Story Sunday evening, the "Can't Be Tamed" singer said that women "don't have to be gay" since "there are good men out there."

She spoke about her love for Cody Simpson and because of him, she realized she no longer have to be gay. "I always thought that I had to be gay because I just thought all guys were evil, but it's not true. There are good men out there, guys. Don't give up."

While her comment is wrong at many levels, did she just say she was NEVER really gay, and just thought she had to be?

She even low-key implied that her ex-husband Liam Hemsworth is not a good person. Hemsworth and her other exes were not "good people."

“Don’t give up, you don’t have to be gay, there are good dicks out there, you just have to find them” “I always thought I had to be gay because all guys are evil but that’s not true” - @MileyCyrus what's good? pic.twitter.com/y3yjUGpCSN — • (@bljcmie) October 21, 2019

Cyrus added, "There are good people out there that just happen to have d----. I've only ever met one, and he's on this Live."

Simpson, on the screen, responded by laughing.

Fans and people from the LGBTQ+ community are happy that Cyrus found happiness with his Australian boyfriend; however, they were also not okay with the actress' saying "You don't have to be gay" because it sounded off as ignorant. For some, her implying sounded that being gay is a choice.

One responded to Miley in a Tweet saying not to use the queer community as a stop-gap because she couldn't find a boyfriend and that people aren't queer because they "gave up" on men.

Another slammed her comment saying it was a stupid message from a foolish person for people to think they have to become gay because a gender disappointed them. The commenter also noted that it was a silly narrative that encourages the illusion that being gay is a choice.

Miley Cyrus using queer identity to forge herself a new persona to gain attention and then turns around and claims you don’t have to be gay you just got to find a good dick the moment it doesn’t serve her narrative anymore? pic.twitter.com/XVA67NlzgY — Tusk & Treat! u∆∆u (@ikissmonsters) October 22, 2019

On Monday, the "Wrecking Ball" singer clarified what she said via Twitter. "I was talking s--- about sucky guys, but let me be clear, YOU don't choose your sexuality."

She also said that you are born as you are, and it has always been her priority to protect the LGBTQ community that she is proudly part off and added a rainbow emoji.

It's good that she's reassuring her stance about sexuality and support for the community, but it's still difficult to wrap around what she said. She essentially outed herself as not really gay, after all. Being gay for her was something she thought she needed to be. That's a lot to take in, which is apparent in how the community reacted to her.

Earlier this month, the "Hannah Montana" actress dated Kaitlynn Carter that lasted of six weeks. It was reported that she leaned on to Carter throughout her divorce. She later called it quits because she "wants to be on her own." Their breakup reportedly came as a shock to Carter.

In 2016, Cyrus came out as pansexual. Speaking to Variety, Cyrus explained that as far as her gender, she feels very "neutral." That once she understood her gender more, being unassigned, she was able to understand her sexuality more.

In 2017, the singer premiered her song, "Inspired" on her album "Younger Now" that became a pride anthem, preaching acceptance and love throughout the LGBTQ+ community.